PAUL STANLEY Talks KISS' Freedom To Rock Tour - "Any Time We Can Spotlight The Military, We Do It" 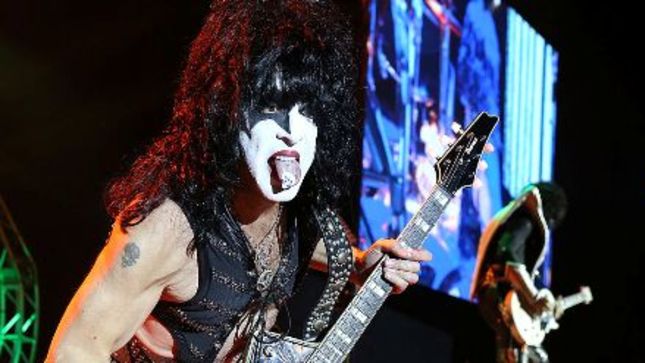 In a new interview with Russ Rollins of the Monsters, Paul Stanley of KISS fame talks about their Freedom To Rock tour, the "Stairway To Heaven" lawsuit filed against Led Zeppelin, recording with Ace Frehley again, and criticism of Gene Simmons...

According to areport by KSHE 95, KISS are looking for some special roadies for their upcoming Freedom To Rock tour.

The band has teamed up with Hiring Our Heroes and the Veteran Tickets Foundation to hire a currently serving member of the National Guard or Reserve to be a Roadie For The Day for each date on the tour.

KISS is also donating some tickets to veterans in each community and will distribute those tickets through VetTix.org..

Veterans and their family members will also have the chance to purchase discounted tickets through Vet Tix. The offer isn't available in every city on the tour -- head to KissOnline.com for details.

The Freedom to Rock tour starts on July 4th in Tuscon, Arizona. Go to this location for the band'scomplete schedule and ticket information.