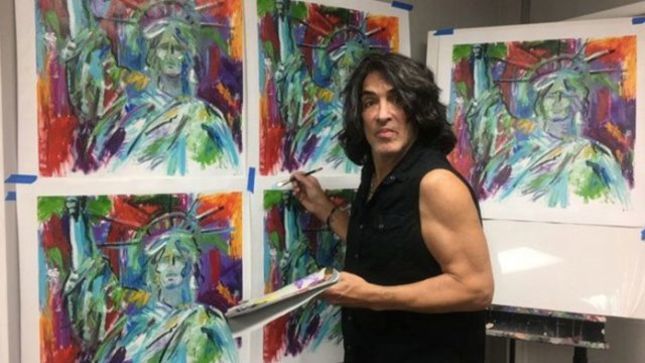 The Wentworth Gallery has posted a video trailer announceing KISS frontman Paul Stanley's next art exhibit, which will feature an intimite dinner and a show. Those interested in attending should call or email the gallery for details at 1-800-732-6740 or CustomerCare@WentworthGallery.com.

Stanley has revealed that he's recording an album with his R&B band, Soul Station. Paul took to social media to announce, "A SOUL STATION ALBUM! Wow! Having a ball. Horns and strings next." 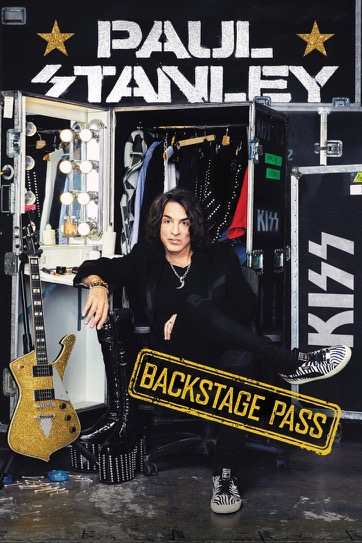 A description of the 256-page book follows:

The New York Times bestselling author and legendary frontman and rhythm guitarist of KISS grants fans an all-access backstage pass to his personal life, and shows them how to pursue a rock 'n' roll lifestyle of their own, offering hard-won advice and rules to live by from a music legend.

In this follow-up to his popular bestseller Face The Music, the Starchild takes us deeper into his personal life and his home today, life on and off the stage, revealing what he's learned from a lifetime as the frontman of the iconic band KISS, and how he brings his unique sensibility not only to his superstar music career but to every area of his life - from business to parenting to health and happiness.

Showcasing his unique lifestyle, Backstage Pass is a rare look at the man beneath the modern rock god persona. Paul shares fascinating details about his life - his fitness routine, philosophy, business principles, how he finds inspiration, passion, and joy after nearly 50 years filling arenas and selling out shows.

Backstage Pass divulges more true stories of the rock legend's relationships, hardships, and wild nights, contains intimate four-color, never-before-seen photos from Paul's personal collection, and offers surprising lessons on the discipline and hard work that have made him one of the healthiest and most successful rock 'n' roll frontmen in history - and a model superstar for the modern age.

This is the book for fans who love living large, but also want to kick ass at everyday life. Paul shows you how you can rock 'n' roll all night and party every day - without missing a beat or looking like you do.

Pre-order options for Backstage Pass can be found here.