PESSIMIST Signs To Season Of Mist; New Album And Reissues On The Way 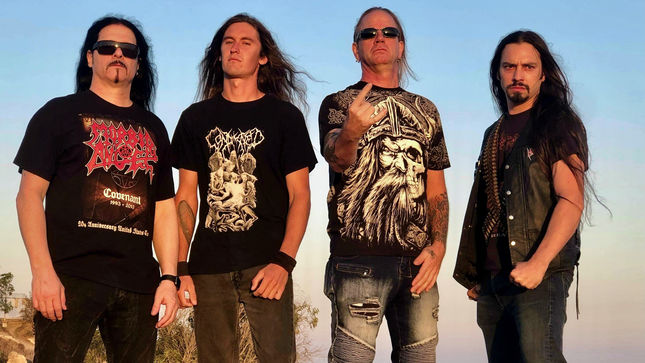 Season Of Mist announces the signing of American death metal icons Pessimist (ft. Kelly McLauchlin of Death, Possessed, I Am Morbid, etc.). In addition to a new full-length, which the band is currently writing, the label will be releasing the band's early full-length records in the coming months. Stay tuned.

Guitarist Kelly McLauchlin comments, "We're very excited to announce we are signing with Season Of Mist. It's truly a great honor to be among their legions of legendary and influential bands. We look forward to working with such an awesome and well-respected label as Season Of Mist, and can't wait to bring our fans some brand-new Pessimist, some of our most extreme music ever recorded."

For a glimpse of what to expect, you can stream the band's discography here.

The band is currently writing music for the next full-length album, Keys To The Underworld.