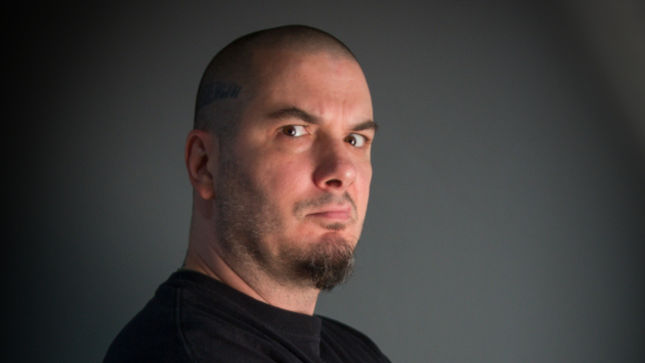 In a new interview with Rolling Stone about the forthcoming photo book, A Vulgar Display Of Pantera, frontman Phil Anselmo commented on the Confederate flag imagery that was used during Pantera's Reinventing The Steel tour in 2001:

Anselmo: "If we're really going to get into commentary here, yes, I see the projected Confederate flags. Well, for one, I've always said, 'Flags don't mean a damn thing to me.' Two, by using the Confederate flag, despite what anyone says – and I don't give a shit, because no matter what I say, I'm damned if I do, damned if I don't – but the truth of it all is, it was about as innocent as innocent could be. We weren't confessing to any clandestine power of structure or however you assholes wanna put it these days. I think we used the Confederate flag merely because of Lynyrd Skynyrd. We had learned from people before us. And it was never about anything other than that." 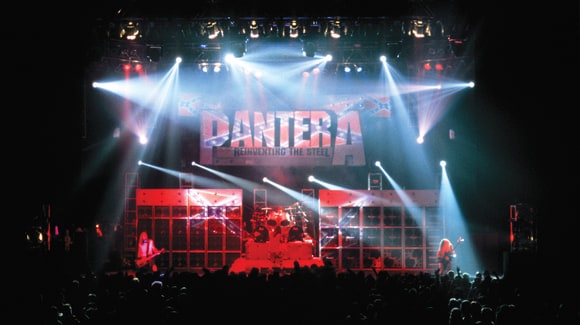 Go to this location for the complete interview featuring Anselmo and Pantera bassist Rex Brown discussing A Vulgar Display Of Pantera.

A Vulgar Display Of Pantera, from photographer Joe Giron, will be released on September 13th via Lesser Gods. The first-ever authorized visual history of Pantera, which features a foreword from Rex Brown, is a breathtaking, comprehensive look at one of the world’s most legendary metal bands.

Featuring rare and never-before-seen images of Pantera from their humble beginning to their grand finish, this visual tour de force includes contributions and recollections from band members Rex Brown and Vinnie Paul Abbott.

Vital moments of the band on the road, in the studio, at home, behind-the-scenes, and kicking ass on stage are all captured here in vulgar detail. Spanning two decades of metal decadence, this monograph is both a love song to Dimebag Darrell, one of rock’s last great guitar heroes, as well as a testament to Pantera’s enduring legacy.

Check out more photos, and find pre-order options at this location.