PHIL CAMPBELL Talks MOTÖRHEAD's Chemistry - "It Was Like A Brotherhood; We Understood What Pissed Each Other Off And The Things We Enjoyed Together" 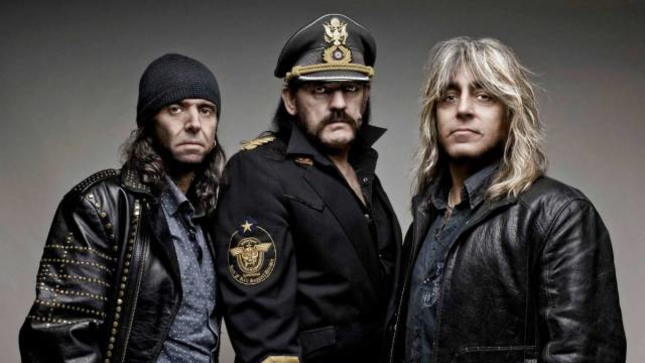 During a conversation with Ultimate Guitar's Justin Beckner, Motörhead guitarist Phil Campbell talked about the band's influence, being covered by Metallica, the latest Rock Hall snub, and more. Following is an excerpt from the interview.

UG: The chemistry between you and The Bastards is pretty obvious, they're your kids. You Mikkey (Dee / drums) and Lemmy always seemed to have such great chemistry for so long. What was it, aside from the music that bonded you three so well?

Phil: "It was like a brotherhood, you know. We'd have each other's backs. When you're living in that close vicinity for 25 years, I think Mikkey was with us for 25 years or so as well, you've got to give and take. Sometimes somebody would get on doing their thing and you'd have to just say, 'Let him have that, it's just Phil being Phil' or whatever. You know, you have to realize that you can't have it your way every minute of every day, basically. You've got to understand each other. We understood that about everyone - we understood what pissed each other off and the things we enjoyed together. We spent a lot of time on that bus talking and in rehearsals. It was great, really. It was fantastic."

Phil Campbell And The Bastard Sons are back in town! The hard rock powerhouse from Wales announce their new album, We're The Bastards, to be released on November 13 via Nuclear Blast.

Singer Neil Starr on the new album: "It’s definitely great to know that we have an audience now. We know there are people that want to hear it, but the truth is that we just had fun with it. Once again, we made the record we wanted to make and it’s been really exciting. It was awesome to take our minds off everything and just concentrate on recording a kick ass album for the fans to enjoy"

In celebration of the announcement, the band release the first single, "Son Of A Gun", together with an amazing music video. Check it out below.

Phil Campbell about the new single: "We’re really excited to announce the release of our new single 'Son Of A Gun', it will blow your head off!"