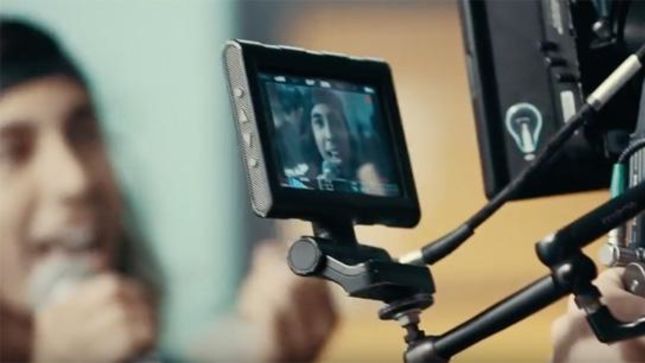 In the first 24-hours of its July 25th MTV premiere, Pierce The Veil's video for "Circles" received more than 251-million impressions.  Today, the band makes available a fun and fast-paced behind the scenes clip of that video.

In the clip, Pierce The Veil - Vic Fuentes, Jaime Preciado, Tony Perry and Mike Fuentes - takes viewers on a tour of the set, getting into make-up, taking direction from Drew Russ (who directed the band's "King For A Day" video which has accumulated more than 70-million YouTube views), and getting their feet wet as stuntmen.

The "Circles" video is loosely based on the Dan Ackroyd written and directed 1991 feature film "Nothing But Trouble," and features San Francisco morning radio host and former MTV VJ Matt Pinfield.  The "Circles" single is a hair away from the Alternative Top 30 charts and is in rotation on 27 alternative and 22 active rock stations.

Fresh from the band's first-ever tour of Australia, Pierce The Veil hit the road here in North America on September 3, headlining their Made To Destroy Tour.

Confirmed dates are as follows: