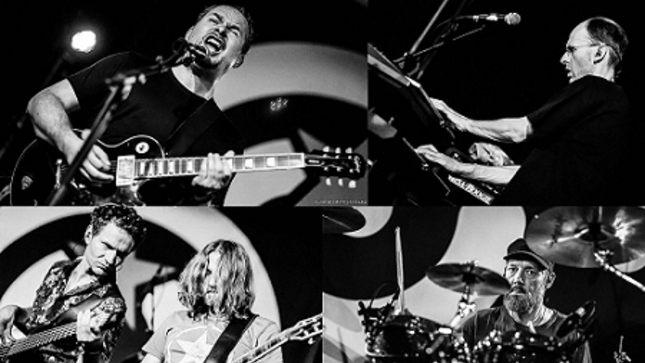 Prog titans Poverty's No Crime have revealed their new video "Hollow Phrases". The track is the first to be shared from the band's upcoming eighth album, A Secret To Hide, set for international release on April 30th via Metalville Records - just in time for the band's 30th anniversary!

About the new song, vocalist / guitarist Volker Walsemann explains: "So much is said, written, or posted these days - most of it has little substance or meaning. I myself sometimes have doubts whether what I write, especially in my texts, has real depth or are just hollow phrases. Basically, one should always choose one's words carefully or better keep silent. The song is a plea for more truthfulness and honesty in communication between people."

After the release of the successful predecessor Spiral Of Fear in 2016 and the joint tour with Psychotic Waltz, Poverty's No Crime was quickly back in work mode.

"The band was back in full force," singer / guitarist Volker Walsemann sums up the situation. "That really gave us a boost after being barely active for so long. We took a lot of inspiration from that time. The great response to the album and then being onstage together again were the main motivation for us to tackle this album and put all our energy into it."

The result is a musically multifaceted work that dares to break out of the genre boundaries again and again. It is hard melodic rock music, which is sometimes more "rock" and sometimes goes more clearly in the direction of "metal." The band shapes its own style, takes the freedom to elaborate its songs in detail. Poverty's No Crime show a consistent feeling for catchy melodies, and they always know how to put their instrumental skills in the service of the song. A Secret To Hide impresses with many details, precisely worked-out instrumental passages, and coherent, crisp hook-lines.

Once again, the album was mixed and mastered by DGM guitarist and mastermind Simone Mularoni at Domination Studio in San Marino. That Poverty's No Crime and Mularoni have become a well-rehearsed team in the meantime is shown by the "wall of sound" with which the album impresses: a clearly impressive listening impression that gives space to all instruments, but also has powerful pressure and intensity.

"With this album, we want to give courage and self-confidence to all people in these difficult times," explains Volker, who started writing the lyrics at the beginning of Lockdown 2020, a time when everyone's life was turned upside down. "Music is not just entertainment for us, but it is intense interaction in one's own thought processes. This is expressed not only musically, but especially in the lyrics. Lyrically, I process what I wouldn't say to anyone else like that, but can say through the music - my inner attitude towards life."

A Secret To Hide will be released via Metalville on April 30th. 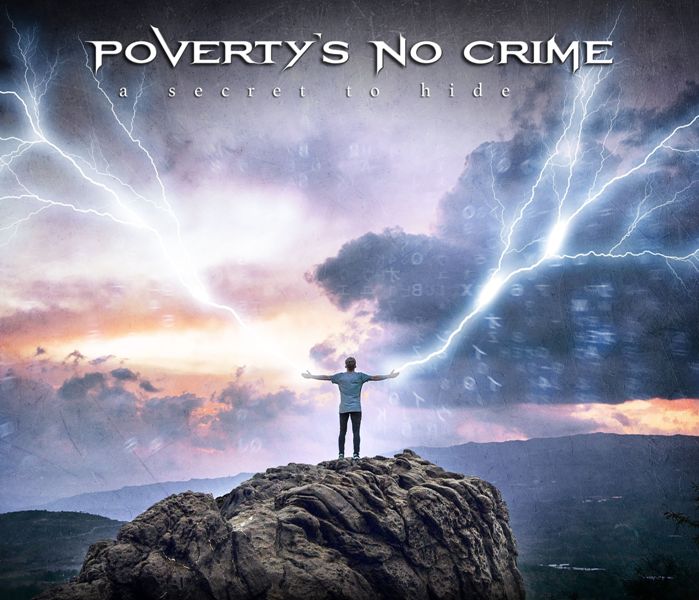