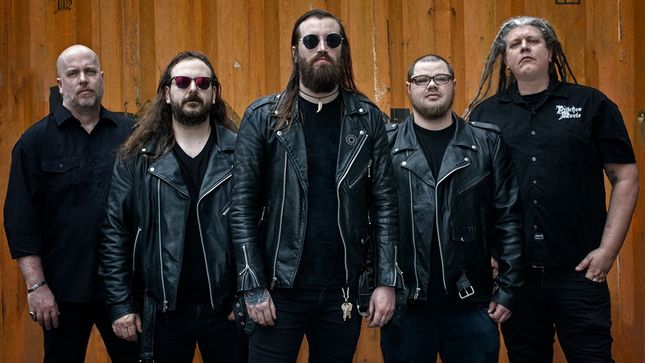 Death/doom practitioners Pulchra Morte have joined Chicago's Transcending Records for the release of their as-yet-untitled second full-length, slated to drop this fall.

Comments the band of the signing, "We were initially drawn to Transcending Records because it was obvious on first inspection that the label was more interested in releasing quality material than it was in cashing in on whatever current trends are happening in metal. Also, the packaging and attention to detail on their releases is top notch. When we then met with [Transcending Records owner] Mike [Ramirez], it immediately felt like we were on the same page and had a good foundation on which to form a partnership.  Seemed like he was willing and ready to do the work with us on building something mutually beneficial, not just wanting to profit from someone else's work, which is an ideology plaguing the industry these days."

Pulchra Morte (ˈpul.kʰra / ˈmɔr.te) was forged in 2017 with the idea to recapture a feeling that has become increasingly scarce in the dense landscape of extreme music today: the creation of songs encompassing weight, atmosphere, and feeling. The band's critically lauded 2019 debut album, Divina Autem Et Aniles, recaptured the purpose of greats from the late-'80s through early-'90s doom-laden death metal scene, a point where feeling superseded technicality. The band played many shows throughout 2019, including the Full Terror Assault Open Air V Festival, as well as several sold-out shows in support of the 1349's North American tour with Uada and Cloak. Further details of the band's new full-length will be unveiled in the weeks to come.