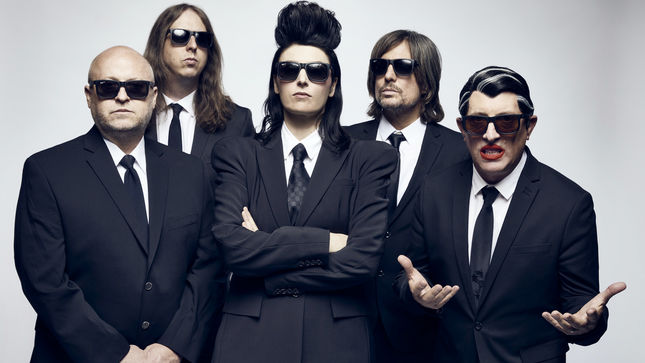 The outing, which debuted on Octover 30 and was available for the following week, found Puscifer in the heart of the Arizona dessert, surrounded by the uniquely “utopian metropolis” that Architectural Digest described as looking like “the sublime set of a big-budget sci-fi movie.”

While the album was released on October 30, due to COVID-19 related manufacturing issues, the physical versions of the 12-song album will arrive on December 11.

A Record Store Day Black Friday exclusive “Apocalyptical” 7" featuring “Rocket Man” as a b-side will be released is available via indie retail for the November 27 event. The release is limited to 2000 copies and available on cloud clear vinyl.