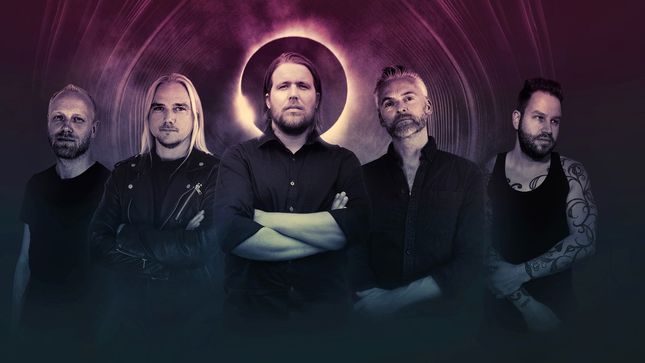 Danish progressive power metal group, Pyramaze, have inked a record deal for the release of their next full-length studio, Epitaph, via AFM Records. The album will be released on November 13. Pre-order here, and watch a lyric video for the single "A Stroke Of Magic", below.

Both AFM Records and Pyramaze are extremely happy about the deal and are looking forward to a strong, professional and hopefully long partnership. This new musical union offers good prospects for both parties - while Pyramaze found a partner that has great expertise working with a lot of successful progressive and power metal artist such as Evergrey, Orden Ogan, Redemption, Brothers Of Metal and many more, the band offers a tremendous amount of musical and technical craftmanship and quality to add to the labels roster.

This album being the third one with their current lineup, Pyramaze continues to fuse their signature meld of memorable melodies, powerful riffs and soaring catchy vocals to keep listeners coming back for more - pleasing both old and new Pyramaze fans alike. This upcoming release will prove to be their most melodic and accessible creation to date, featuring guest appearances by Brittney Slayes of Unleash The Archers, and former Pyramaze singers Matt Barlow and Lance King.