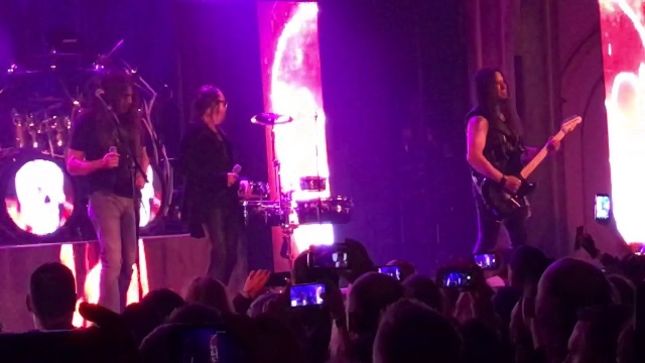 Queensrÿche wrapped up their US tour with Fates Warning as support on April 3rd in Seattle at the Neptune Theater. The last song of the night featured Fates Warning frontman Ray Alder guesting on lead vocals with Todd La Torre. Check out the fan-filmed video below.