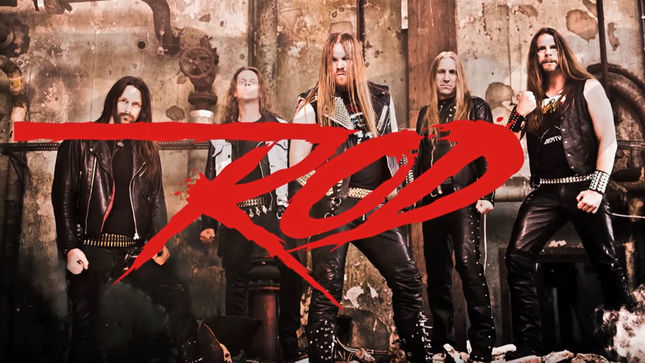 * exclusive bundles with a shirt, plus digital options are also available

Ram comments about Rod: "We are very proud to release our fifth studio album entitled Rod. On this album for the first time ever we wrote a conceptual story over 6 songs, something that we always wanted to do but never got right. This album contains probably our most epic moments to date but it is still definitely Heavy Metal Tyranny!"

Regarding the first single, "Gulag", Ram adds: "'Gulag' has a definite old-school European heavy metal vibe to it. The song shines a light on the hypocrisy of collectivism, and takes a stand for the one who lives and thinks for one self, not for ideology or dogmas of the masses. As one can see in the lyric video for the song most members of Ram were raised during the golden age of home computers!"