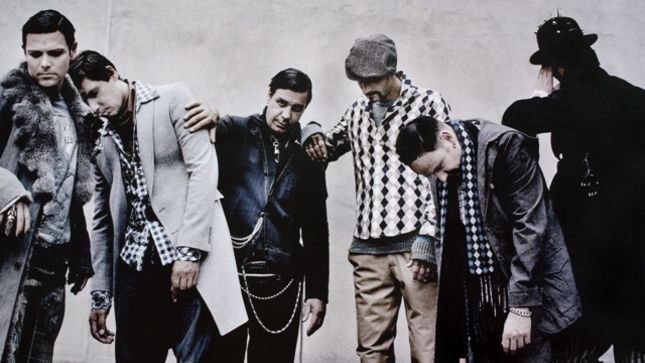 September 25th marked 25 years since Rammstein emerged from Berlin with its debut album, Herzeleid. To celebrate the anniversary, the RammWiki page on YouTube continues to roll out rare audio and video material from the band's career. The latest installment is the official demo for the unreleased song, "Eisenmann".

According to RammWiki the song has existed since the recording sessions for the Reise, Reise and Rosenrot albums. In March 2004 it was found in the GEMA database, where its length was listed as 5:24. As of today, it has been removed from GEMA (Germany's government-mandated collecting society and performance rights organization).

In November 2005, keyboardist Flake said in an interview that the song was finished, but the band didn't like it, so they decided not to release it on Rosenrot. The song was reworked and re-recorded during the recording sessions for Liebe Ist Für Alle Da.

In 2010, the 3:28 version of the song leaked on the internet. There is a fake demo around where a fan added some extra guitars. Another fake demo contains an additional synth during the verses and bridge.