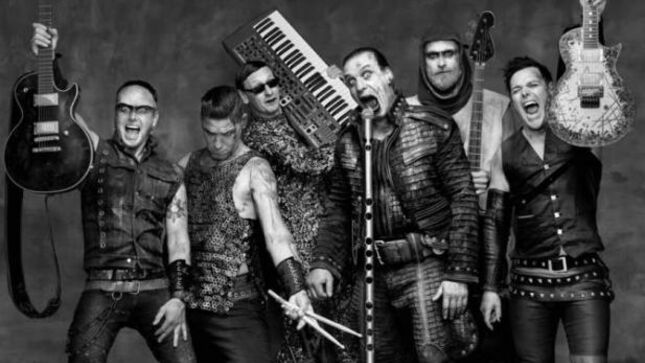 September 25th marked 25 years since Rammstein emerged from Berlin with its debut album, Herzeleid. To celebrate the anniversary, the RammWiki page on YouTube continues to roll out rare audio and video material from the band's career.

The latest installment is a remix of the song "Rammlied" done by Robb Flynn from Machine Head. It was only available as a pre-order bonus for the Liebe Ist Für Alle Da album on iTunes when tít was released in 2009. Flynn talked about the remix in a 2009 interview with The Gauntlet.

Flynn: "They contacted our record company, Roadrunner Records and asked if I'd be interested in doing a 'brutal' remix of one of their songs. It sounded cool, and different, and the fact that they weren't asking me for some kinda gay dance remix was cool, and that it could be as brutal as possible was appealing to me. They said I could have total freedom to fuck it up, and they just kept saying they wanted it BRUTAL! From what I understand they liked it a lot, cause I guess several people did remixes and mine is the only one they approved."

"Originally I was going to have just a programmed drum machine for the whole remix, but the thrash parts sounded a little flat, so me and my engineer Juan Urteaga hired Jon Allen from Sadus / Testament to come in and play the new thrash beats and blast beats I had written on a real drum kit, it definitely made the track come alive."

Check out the remix and the original version below.