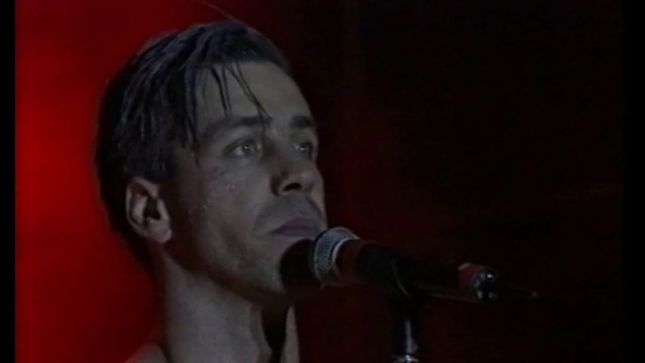 September 25th marked 25 years since Rammstein emerged from Berlin with its debut album, Herzeleid. To celebrate the anniversary, the RammWiki page on YouTube is streaming pro-shot footage from the 6th Harley-Davidson Motorcycle Jamboree '96, which took place in Biesenthal, Germany. Songs featured include "Rammstein" (excerpt), "Wollt Ihr Das Bett In Flammen Sehen?" and "Du Riechst So Gut"

The footage is taken from a VHS tape entitled The Video - 6th Harley-Davidson Motorcycle Jamboree '96, released that year.