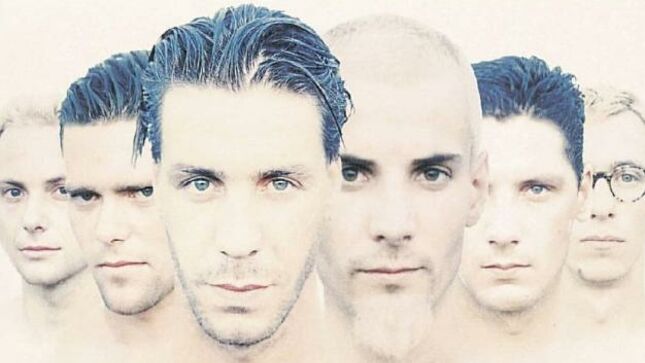 September 25th, 2020 marked 25 years since Rammstein emerged from Berlin with its debut album, Herzeleid. To celebrate the anniversary, the RammWiki page on YouTube continues to roll out rare audio and video material from the band's career. The clip below features a spokesman for RammWiki discussing the origins and mystery surrounding the legendary unreleased Rammstein song known as "Tier '94", so as not to be confused with the song "Tier" that appears on the band's 1997 album, Sehnsucht.

"Tier '94" was reportedly only played live and never recorded in a studio as far as anyone knows. The only proof of its existence are bootleg live recordings, one of which is available below. No actual video footage of a "Tier '94" performance has ever been released.

In October 2020, Rammstein surprised their fans with an Instagram update saying they were back in the studio (see below). The band rented a studio in La Fabrique in September 2020, located at a former 19th farm century in Saint-Rémy-de-Provence, France. It was unexpected news given the band had hinted that their 2019, dubbed Untitled, could very well be their last. Rammstein's previous album, Liebe Ist Für Alle Da, was released in 2009.

In a recent interview with Motor.de, keyboardist Christian "Flake" Lorenz commented on the buzz that a new Rammstein album has been recorded:

"The fact that we couldn't perform live (due to the pandemic) increased our creativity. We had more time to think of new things and less distraction. As a result, we recorded a record that we hadn't planned on."

No further information is available at this time. Stay tuned for updates.