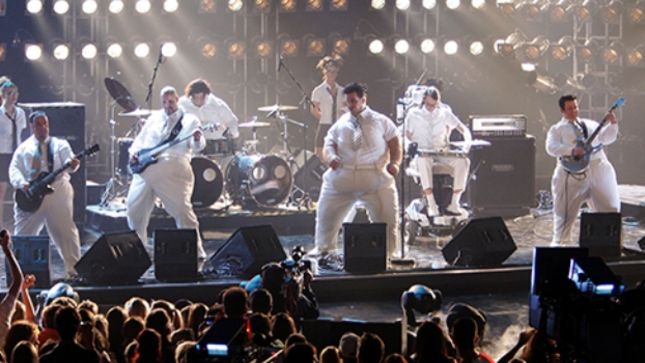 September 25th marked 25 years since Rammstein emerged from Berlin with its debut album, Herzeleid. To celebrate the anniversary, the RammWiki page on YouTube continues to roll out rare audio and video material from the band's career.

The clip below is upgraded high quality footage of Rammstein's 2005 Echo Awards performance of "Keine Lust", featuring the band members wearing the fat suits used in the official video.