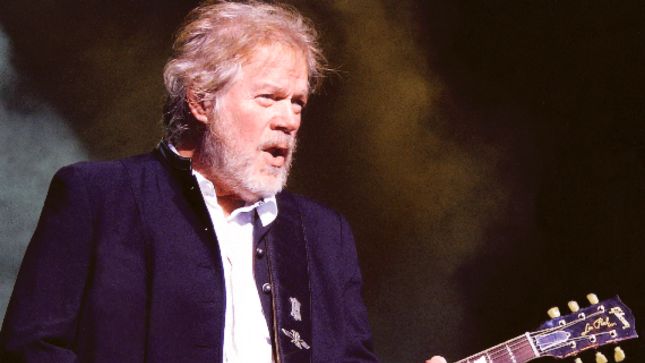 Rock legend Randy Bachman recently spoke with Greg Prato at Songfacts. Asked what he recalls about Bachman-Turner Overdrive opening for Van Halen on their 5150 tour - the band's first with Sammy Hagar) - Bachman offered the following:

Randy: "Sammy called me up. He was a friend of mine, we'd written a bunch of songs together. He said, 'I want BTO to come and open, I want you to do 35 minutes of hit songs: blam, blam, blam, blam, blam, and do a five-minute switchover. We don't want to hear anybody yelling 'Where's Dave?'"

So we played with them for a weekend, and they came to us later and said, 'We want you to open the 5150 tour. It's going to be 11 months.' So we went on the road opening for Van Halen for 11 months! But it was those hit songs and getting the audience riled up, especially ending with 'Takin' Care of Business,' and then the audience screaming on their feet and yelling, and then the changeover wasn't even five minutes. Our amps would be off in two minutes, Van Halen would be on, blam blam. If you saw us play, you saw how quickly they were on and picking up the energy we left behind with the audience. And nobody yelled, 'Where's Dave?' Sammy came out and rocked, whether he was singing Dave's songs or singing his own."