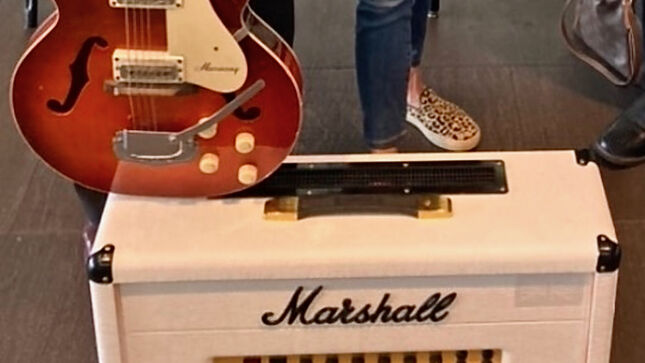 Kathy Rhoads D’Argenzio, sister of late Ozzy Osbourne guitarist Randy Rhoads, took to Instagram to reveal the great news that a 1963 Harmony Rocket guitar (the first electric guitar that Randy owned) and a Randy Rhoads Series Marshall Head, both  stolen in 2019, have been recovered.

The robbery occurred Thanksgiving night (November 28, 2019) at the Musonia School of Music in North Hollywood, CA, the school where Randy Rhoads famously taught guitar and which was run by Randy's late mother Delores. In December of that year, Ozzy Osbourne offered a $25,000 reward for information leading to the arrest and conviction and/or return of the remaining missing items.

"As you can imagine, the items that were viciously stolen, including Randy's first electric guitar, are irreplaceable to the Rhoads Family," Ozzy said. "I am heartbroken that these treasured physical memories of Randy and Delores have been taken from the family so I've decided to personally offer a reward."