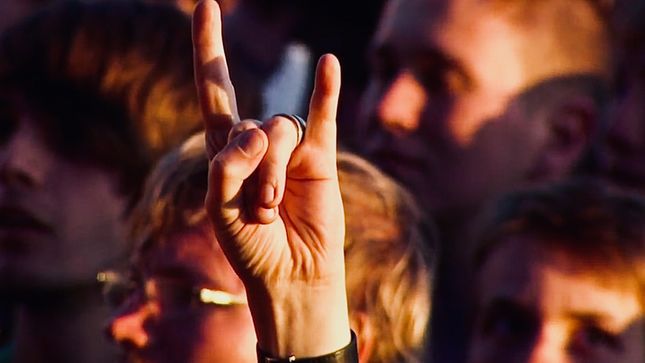 Ahead of this year’s World Music Day, a recent poll reveals that heavy metal is the most popular genre in the UK - beating pop, hip hop and reggae to the top spot.

- heavy metal is the favourite genre of 20% of the UK Population
- house music is one of the least popular, only enticing 5% of music fans, mostly Northerners
- Northern England is the worst place in the UK for country and western lovers

Black Sabbath is often credited as the inventors of heavy metal with their self-titled debut album in early 1970. The distinctive style soon inspired others and created a musical genre that’s maintained its popularity as a counter-culture for 48 years.

Rupert Till, Professor of Music at Huddersfield University, elaborates; “New generations are often looking for something new. When they are bored of what is around in the charts, they will often stumble across old scenes that they have never heard of before, something old can seem like something really exciting.”

Jon Hawkins, 26, guitarist from the metal band The Hero Dies First cites Black Sabbath as a major influence; “Black Sabbath continues to define the genre for me. Without their music, I’d never have wanted to pick up a guitar and play. My first guitar was a copy of Tony Iommi’s.”

31% of those polled in the north and 30% of those in the Midlands liked rock and heavy metal. Making heavy metal and rock the most popular form of music by far in the midlands and the north of the UK.

Prof. Till goes on to say, “Heavy metal has a particular history in the Midlands. Black Sabbath are generally agreed on as the originators of heavy metal, and they came from Birmingham, so that genre has a particular resonance.”

Dance music was the second most popular genre across the UK, with 15% of those polled choosing this modern form of music as one they couldn’t live without. In particular 25% of those polled living in the south of the UK preferred this style of music.

The genre, which is often created with digital equipment by DJs, as individuals or in small groups, has been growing in popularity for a number of years, but doesn’t have the same long history as heavy metal.