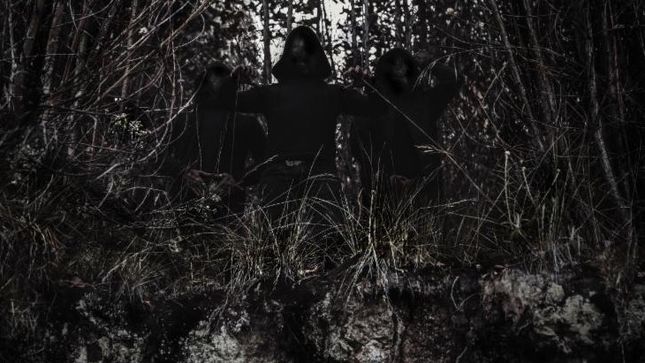 South American death cult Reptilium have released their pummeling debut EP Conspiranoic, as well premiering a lyric video for the song "Goat". Order and stream the EP on Bandcamp.

Reptilium, also known as “The Reptile Sect” is a death cult originated in the cursed mountain region of South America, with the goal of establishing a portal for their so called "forbidden truth" to come through. As far of now this cult is believed to be led by high string priest Nirah, cryptic skinner Cecrops and attended by abominable hierophants such as the low frequency conjurer Lotan.

The occultist sect has been known to sacrifice its former collaborators in the process of achieving its ritualistic ends. Conspiranoic is Reptilium's first sonic transmission medium.