RICHIE SAMBORA On Possibility Of Reuniting With BON JOVI - "It Would Have To Be A Special Situation For Me To Go Back, But I'm Certainly Not Counting It Out" 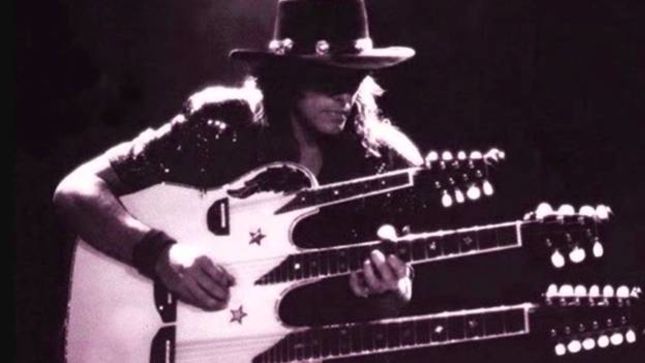 Q: Is there anything within this career where you would say, 'I should have done this differently'?

Jon: "Very few things - honest to god, very few things. Some things happened that were the catalyst for why other good things happened, you know? There's not a day that goes by that I don't wish that Richie had his life together and was still in the band, and you know, in a weird way it's because of his inability to get it together anymore that we went on and wrote This House Is Not For Sale. It was a very strong record, and that I'm able to write songs like this... Maybe we would've gotten lazy... I don't know where we would have gone, but through all that pain and heartbreak came this (new album)."

The UK's Daily Mail TV approached Sambora for feedback on Bon Jovi's comments, and he offered the following regarding his April 2013 departure from the band.

"I was in a situation and it was not easy to make that decision to leave the band and the fans. I was in a dire situation with my family and I had to make a tough decision and I did, and I'm sure people weren't happy about it. When people say I don't have my life together - are you kidding me? I'm the happiest dude on the block."

When asked about the possibility of reuniting with Bon Jovi, Sambora said "It would have to be a special situation for me to go back, but I'm certainly not counting it out."

Sambora joined Bon Jovi in the early '80s, replacing the band's original lead guitarist Dave "Snake" Sabo, who went on to form Skid Row. He appeared on 12 Bon Jovi studio albums between 1984 and 2013.