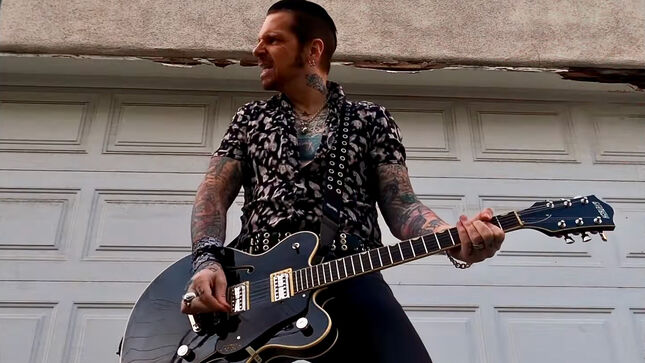 Ricky Warwick has released his new studio album, When Life Was Hard And Fast, via Nuclear Blast. Order the album in various formats, including a 2CD digipack which includes the bonus covers album Stairwell Troubadour, here.

To celebrate the release of the new album, Ricky has released a lyric video for the album's closing track, "You're My Rock N Roll"- a bombastic ode to the powerful, majestic and life affirming addiction that is rock 'n' roll.

Ricky comments on the release of his new album “This album is a statement of my intent, a love of rock n roll, songwriting and playing from the heart. The only way I know how. I’m so honored I now have the opportunity to share it with all of you!”

Warwick adds "To celebrate, I will be joined by my good friends Keith Nelson and Robbie Crane for an exclusive Q&A live on my Facebook page on Friday, February 19th, at 7pm GMT / 8pm CET / 11am PT.
Leave your questions in the comments and we’ll see you there."

"When Life Was Hard And Fast" video: