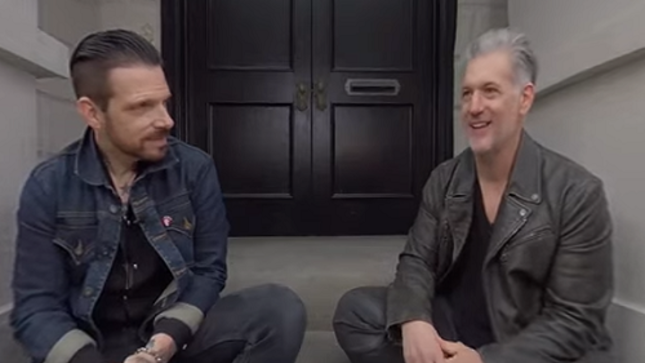 In the 360º video below, the pair discuss when they first met, songwriting, growing up in working class families, and more. A special 2CD digipack version of When Life Was Hard And Fast, which includes the bonus covers album Stairwell Troubadour, can be pre-ordred here.

Warwick has released the album's title track, featuring none other than Def Leppard's Joe Elliott on backing vocals. The accompanying video depicts the County Down Ards TT Motor Race that is seen on the album's cover and ran from 1928-1936. The cover shows an accident from one of the races that happened directly in front of a field that was part of a farm owned by Ricky's grandfather, where Ricky himself lived for the first 14 years of his life.