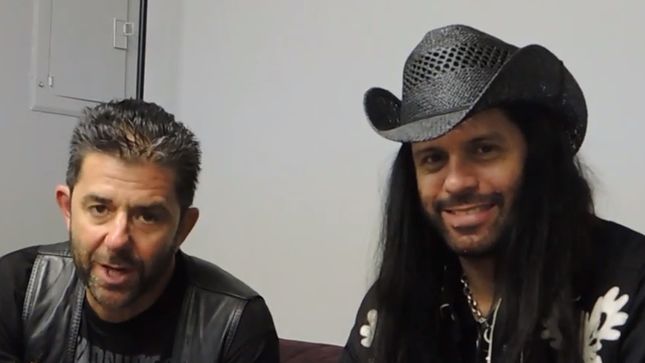 The Cathouse was more than a logo on a t-shirt worn by Guns N' Roses’ Axl Rose in the “Paradise City” video. It was a Hollywood staple for rockers in the ‘80s and ‘90s.

Back in 1986, years before he was the infamous host of MTV’s Headbanger’s Ball, Riki Rachtman transformed a rundown Los Angeles disco into a one night-a-week dance club that would play nothing but rock music. Why? To have a place he and his friends could hang out. Riki teamed up with Taime Downe, the singer of the rock band Faster Pussycat, little did they know it would become, not only a part of rock history, but a music and fashion culture that defined The Los Angeles rock scene.

Burlesque videos graced the walls. Gorgeous women took over the dance floor and a plethora of rock legends like Mötley Crüe, Aerosmith, Guns N' Roses, Metallica and Ted Nugent began to make themselves Cathouse regulars. No cameras were allowed, making it safe for every A-lister because they knew no one would bother them.

On why Riki Rachtman decided to put on the Cathouse Festival:

“When I set this thing up I just wanted everyone to have fun and everyone is having fun.”

On plans to branch out and do more Cathouse festivals:

“Everybody is asking me. LiveNation is already saying they want to do one next year. Next year is the 30 year anniversary of the Cathouse so I am not really sure what I got planned but I’m gonna do something fun.”

Asked if Riki Rachtman has ever tried to bring back Headbangers Ball:

“It’s not gonna happen. I tried, I told them I would do it for free, they never even returned my calls.”

“Sebastian is now starting to work on another record and the label wants him to put something out pretty quick. He’s excited about it. He just mentioned it today. Like come in with your ideas, giving us the go ahead to come up with some cool shit. I have a couple of personal ideas that might work for him and I know everybody in the band does. We are working on a new record (Fates Warning), it’s going to be in 2016 and it’s going to be really cool. All the material is written.”