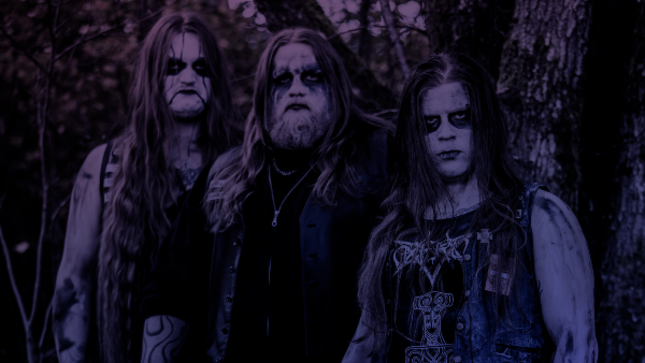 The second track from the yet-untitled forthcoming full-length by Swedish black/death metal band Rimfrost was inspired by the character André Linoge from Stephen King's Storm Of The Century. A lyric video is now streaming for “Dawnbreaker”.

Series synopsis: A very powerful blizzard hits the fictional small town of Little Tall Island. While trying to deal with the storm, tragedy strikes when one of the town's residents is brutally murdered by André Linoge, a menacing stranger who appears to know the town members' darkest secrets.

Linoge is imprisoned in the town's holding cell and uses his various abilities to affect the town, driving people to commit suicides and inflict terrifying dreams. He reveals his true form- an impossibly ancient, dying man. “Dawnbreaker” tells the tale from when Linoge reveals his true self.