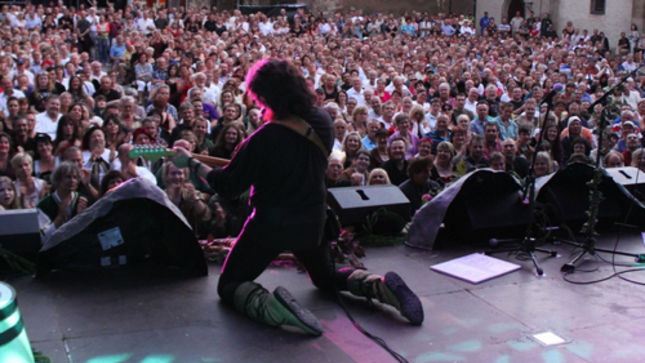 Back in September, Ritchie Blackmore announced that he will regroup with members of Rainbow and Deep Purple for four shows next year in Europe:

“I am doing four dates in June, which will be all rock," Blackmore tells Noisey. "I have the band basically together and it will be (the best of) Rainbow and Deep Purple. It’s just having fun but it’s only four dates in Europe. I don’t want to do anymore because I take what I’m doing now much more seriously.”

Blackmore recently announced a show for June 18th at the Festplatz am Viadukt in Bietigheim-Bissingen, Germany.  He has now been confirmed to play the on June 17th at Freilichtbühne in Loreley, Germany.

Blackmore recently spole with Billboard.com about these special shows: