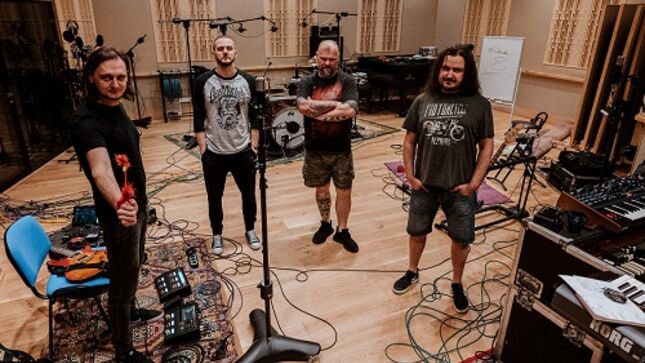 Polish rock masters Riverside have entered the studios to begin recording their upcoming studio album and follow-up to 2018’s Wasteland. But hear it directly from the band:

"So here we are. After almost four years since the release of Wasteland, we're finally back in a studio to record our eighth album. This time, the material will be registered in two recording studios, The Boogie Town Studio in Otwock, from which we salute you, and Studio Serakos in Warsaw.

The new material (which is mostly already there), because of the title and the subject matter, will contain all the characteristics of the Riverside style and should make for the most powerful and intense listening since Anno Domini High Definition.

Please follow our social media accounts for more information about the recording process of our new release. And it's quite possible that we will play something from it during the final European 'Riverside 20' tour in September 2022.

The release date of the eighth Riverside album is scheduled for January 2023."

Having recently toured across North America and Latin America, Riverside continue the celebration of their 20th band-anniversary. Look out for European 'Riverside 20' shows as follows:

Riverside previously released a special Digital Single entitled “Story Of My Dream” to enhance their 20th anniversary celebration. This brand-new track was recorded and mixed at The Boogie Town Studio in Otwock, Poland during two days in July and five days in September 2021, engineered and mixed by Paweł Marciniak as well as mastered by Paweł Marciniak at Manximum Records in Łódź, Poland.