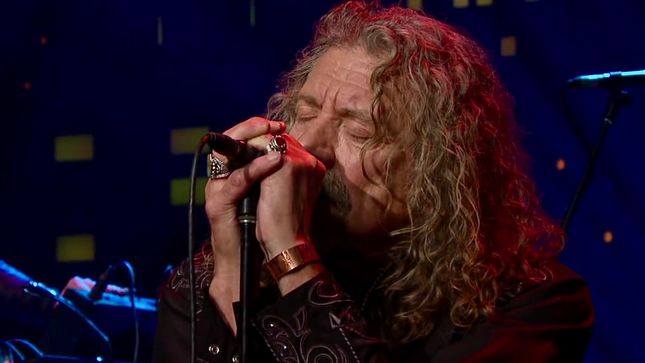 Angry Robert Plant fans complained of overcrowding after some members of the audience collapsed at a Midland gig, reports Birmingham Mail.

Officials confirmed a “small number” of people fainted due to the heat during the West Bromwich-born Led Zeppelin frontman’s performance at Wolverhampton Civic Hall in Wolverhampton, England on Monday night, November 20th.

The city council said ventilation and heating improvements were planned at the 80-year-old venue.

Read the full story at birminghammail.co.uk.

Robert Plant will receive the Lifetime Achievement Award by the Americana Music Association UK. It is the group's highest honor and goes to a UK artist for outstanding contribution to the Americana genre over the span of a career.

The UK Americana Awards show will take place on February 1st, 2018, at the Hackney Empire in East London. The AMA-UK is a professional trade association representing and advocating for the voice of American Roots music in the UK.

Plant's new album Carry Fire is out now via Nonesuch/Warner Bros. at all music retailers and streaming services. You can order the album here.