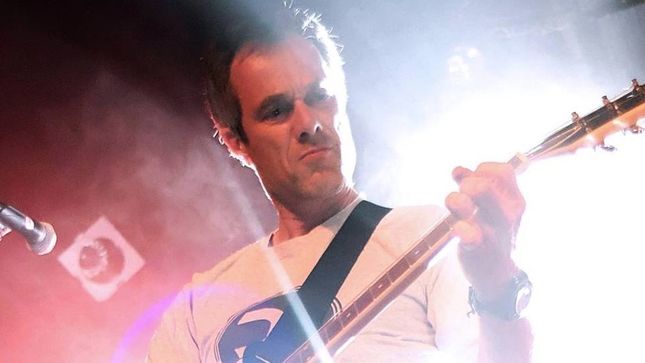 Coolen  remarks: “The song 'Sin City' came a long way before making it to the Rise album. It is the second song I ever wrote and finished as a complete song. The initial title was 'Got to Go'. But as more new songs were completed, I became unsure about the song, and at some point decided to put it on the shelf since all the new songs were just better. Then in the summer of 2019 I asked Keith St. John if he could make something out of the song, in such a way that it could be on the album. And so he did, Keith wrote a steamy, sexy, hot rocking hair metal song and I was immediately convinced it should be on the album. And when Keith organized George Lynch for the guest solo, he made a dream come true. A nice statistic: although Keith is playing in Lynch Mob for quite some time with George, there is only one album that features both of them together, which is the Kill all Control album, released under George's name. Rise is the second album recording featuring Keith and George on the same song! 'Sin City' is a steamy rock song in the classic ’80's hair metal style, and deals with all the seductions of typical cities of sin in general, and Las Vegas in particular.”

Check out the track here.