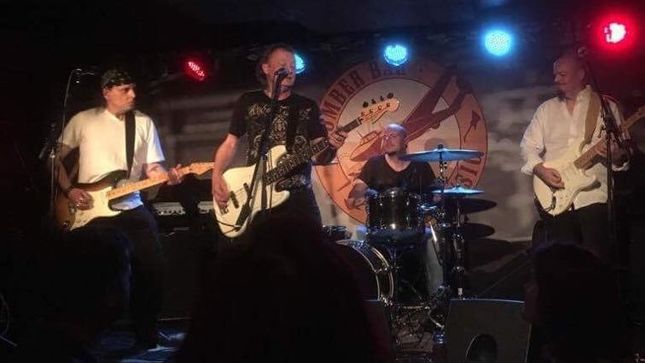 Matera – a solo recording artist in his own right – was invited to join the band after both he and the band undertook support slots for NWOBHM band Weapon UK in Sweden in 2017. “I’m looking forward to rocking out with the band” says Matera, “and bringing our unique brand of guitar driven rock to audiences across Europe”.

Adds Ljungberg, “I`m so pleased with the way we have put the songs together. We’ve captured the energy of the band in the essence of the songs, and have created a powerful sound of solid catchy rock `n` roll”.

The new EP features a special appearance by legendary singer Graham Bonnet (Rainbow, Alcatrazz, Michael Schenker Group) who guests on lead vocals on the track, “Unleash The Beast”, Twan Bakker, CEO of RVP Records said, “I got to know the Swedish Rough Rockers through Joe. Their sound, combined with the personal connection to the ever hard working Matera and respected professional Ljungberg convinced me to sign these guys.”

The EP - was mixed by Tomas Skogsberg (Backyard Babies, Entombed) -showcases the band’s diverse songwriting craft and tough twin guitar sound, with a knack for both sparking tasteful rock tunes and elegant ballads, all underscored by a catchy melodicism.
Smoke And Mirrors will be released both on CD and as a special limited 12” RED vinyl. The band will tour in support of the new release in May.