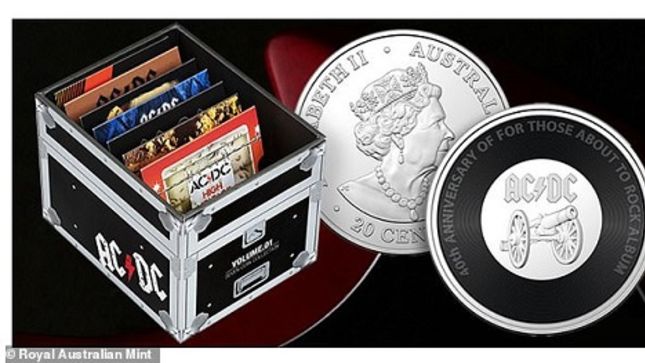 The band’s second album T.N.T also clocks up its sapphire anniversary at the end of the year, while Dirty Deeds Done Cheap will reach the milestone in 2021.

"The Mint is proud to be issuing coin tributes to the vinyls that have electrified generations of music lovers," Royal Australian Mint CEO Ross MacDiarmid said. "These coins will be highly sought after by rock 'n' roll fans and gift buyers alike."