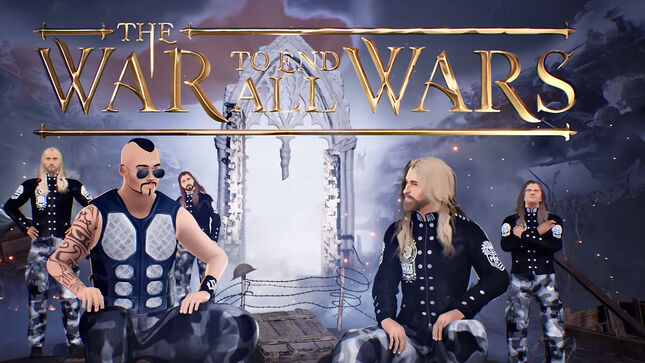 "We are thrilled to announce the extension of our cooperation with Yarnhub on a new big project," states an update from Sweden's Sabaton. "What will happen in the next chapter together with Yarnhub? We know, and it's something very exciting! Maybe this clip will give you a clue or two?"

The band add: "Here’s the two animated story videos produced by us & Yarnhub in the past."

Sabaton recently announced their new collaboration with World Of Tanks and premiered a striking music video for "Steel Commanders". Pioneering hyperrealistic visuals of the band and their Grammy Award-nominated special guest Tina Guo in epic war scenes, the video clip was viewed more than 3.6 million times within the first three weeks of its release.

After offering fans and gamers the chance to see them as crew members on the new Strv K tank, the first-ever Tier IX premium vehicle in World Of Tanks, Sabaton has now answered the calls from fans asking for the song to be made available via all music streaming platforms. Hop into your tank and download or stream "Steel Commanders" here.

In addition, Sabaton also released a new lyric video for "Steel Commanders", inspired by the sketches used for the production of the official music video for the song. You can view the lyric video below.

Sabaton is currently on tour with Judas Priest as Special Guest on its North American 50 Heavy Metal Years tour. Upcoming tour dates are listed below.