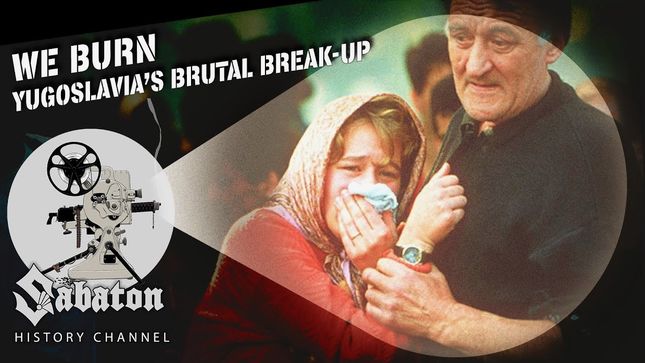 The Sabaton History Channel has released Episode 091, "We Burn" - The Road To Srebrenica. Watch below.

A message states: "Srebrenica in the summer of 1995. The road to the bloodiest massacre since the end of the Second World War was paved by the violence that followed the breakdown of Yugoslavia. A series of wars and brutal atrocities accompanied the individual struggles for independence as old ethnic and nationalist hatred resurged. The Bosnian Serbs who followed the leadership of politician Radovan Karadžić and General Ratko Mladić sought to separate themselves within Bosnia. However their views soon radicalized and Kradazic began to advocate for a Serbian ethno-state utopia, free of the Muslim Bosniaks. And he was willing to use extreme violence to achieve it."

Sabaton recently released a new animated video clip for their song "Night Witches", that was created in collaboration with Yarn Hub. Watch below: