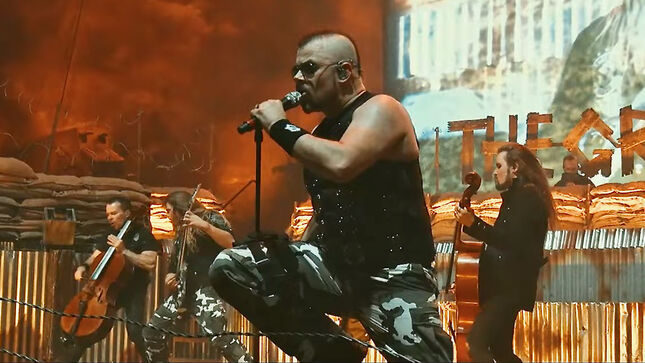 Sabaton recently released the limited-edition, live-in-concert, double-DVD/Blu-Ray, The Great Show, and The 20th Anniversary Show, via Nuclear Blast. Both titles were filmed during the band’s 2019-2020 The Great Tour world trek, and both feature special guest performers. Orders can be placed here.

Sabaton have released this official live video for "Fields Of Verdun", filmed at The Great Tour show in Prague, Czech Republic in 2020: