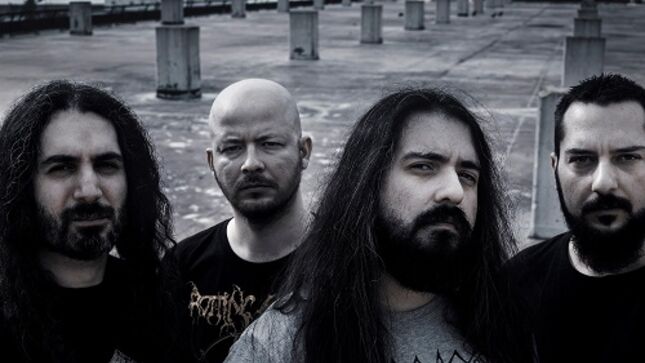 Turkish black metallers Sabhankra have premiered their new track, "Death To Traitors". The song is the second to be revealed from the band's fifth album, Death To Traitors, set for international release on May 21st via Saturnal Records. Pre-orders can be placed here.

Encompassing six songs in a searingly compact 36 minutes, Death To Traitors is undeniably Sabhankra's most extreme work to date. But for all its aggression, the atmosphere also takes equal importance, establishing a mysticism that's otherworldly and uniquely Sabhankra. Not for nothing, then, is the album titled Death To Traitors: this is a swift 'n' decisive strike upon unbelievers, and should once and for all establish Sabhankra on an international scale. If ripp(l)ing melodic black metal played with passion and precision is your vice, then Sabhankra have your fix with Death To Traitors!