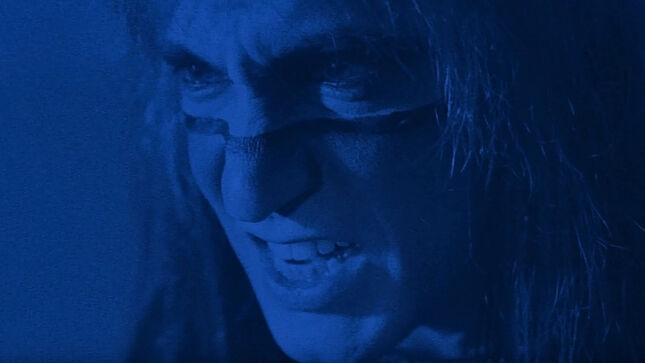 Sabïre's debut full-length album, Jätt, is finally being completed after a long, hard two year tumultuous journey, and is scheduled for a 2022 release via Listenable records .

Band leader Scarlett Monastyrski (guitars/vocals) comments :"Jätt is what we are calling a “half-concept album,” which means there is a strong theme in the title, cover, colour, and overall vibe, but none of the songs, bar three, have been written to the concept; they just simply touch upon the theme in one way or another, to greater and lesser degrees.

Jätt is a “blue” sounding album; the colour. You may understand that more when listening to the album yourself. The cover of Jätt, “Dante and Virgil in the Ninth Circle of Hell” - Gustave Doré, 1861, could be seen through a symbolic lens in which the listener is symbolized as Dante, the artist as Virgil, and the bodies locked within the ice of a frozen lake as the music surrounding them; We as the artist are shepherding the listener through the mire. This could be perceived like this, or you may just see it as an attractive album cover.

Essentially, we cannot wait for you to enjoy this album. This is it. This IS the definition. This is the true unveiling. You are sure to be at the complete mercy of this beautiful display of ACID METAL!."

The new digital single, "Ice Cold Lust" is out now. You can watch a music video for the song below.

“This song was written in November of 2018, and the spark of which I turned into the basis of Jätt as an album. It immediately gave me that ‘blue’ sound that I discovered in pre-production. I knew immediately to name the album Jätt, and keep to the sound; it was a pivotal moment. I could have never expected that 2 years later I would still be putting together what has turned into a massive ‘half-concept album.’ The song itself though, is about putting one’s feelings on the cold burner and not entertain or act on them. I wrote this, like I do most songs, to get oppressive emotions and thoughts off my chest and out of my mind. ‘Ice Cold’ deals with one particular aspect of some complex and tumultuous thoughts and feelings towards a woman close to me. I think anyone can find their own parallels with the lyrics in whatever way they speak to you.”