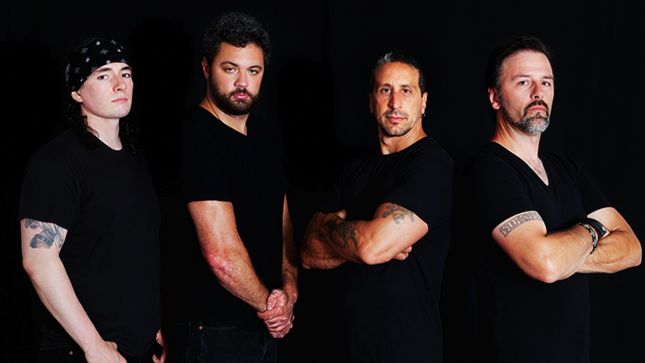 “We got adventurous on this one,” says singer-guitarist Rob Thorne, “but it’s still very much an Oath record – melodic and dark. I’d have to say it was the best experience I’ve had making an album since we did the Sacred Oath album in 2009.”

Ravensong is a return to the same lineup that recorded World On Fire in 2010: Bill Smith (guitar), Brendan Kelleher (bass), Kenny Evans (drums), and Rob Thorne (vocals, guitar). The band’s last album Fallen (2013) featured the original members from their 1988 debut A Crystal Vision as part of a 25th anniversary celebration.

Cover art for Ravensong was illustrated by the band’s drummer Kenny Evans, who also did the cover for A Crystal Revision back in 1998. “Rob called me about an idea of a raven silhouette for the cover and I asked him if I could take a crack at it,” said Kenny. “It worked out very well. I guess we’ll hear what people think soon enough. It’s certainly a different kind of cover for Sacred Oath, but that was what we were going for.”

All 10 songs were written by Thorne, which is not typical for the band, though he has been the primary songwriter since the beginning. The album clocks in at over 52 minutes in length. 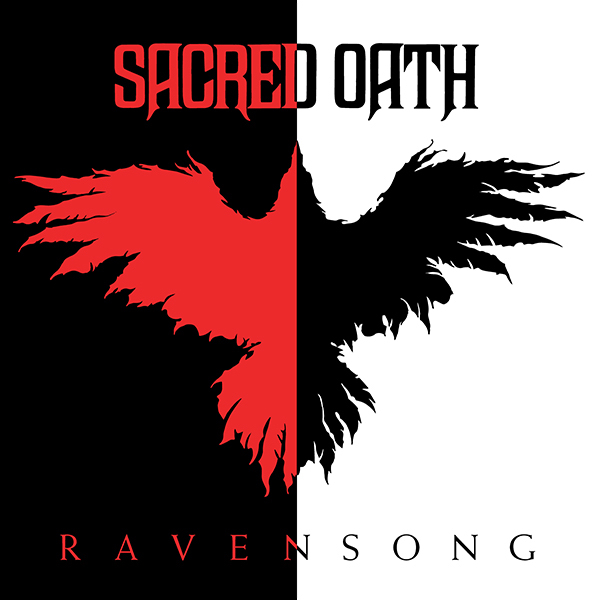 “Death Kills”
“Taken”
“Necrodancer”
“Ravensong”
“So Cold”
“Live And Burn”
“Culture Of Sin”
“Heaven-Sent, Hell-Bent”
“When All Is Said & Done”
“Brighter Than The Sun”

Ravensong will be available worldwide via Caroline/Universal as a digipack CD with 12-page booklet insert, mp3 download, and also “Mastered for iTunes” with PDF booklet download.

Sacred Oath recently began performing live again this past June after more than three years away from the concert stage. Tour dates are expected throughout 2015 in support of the album. The next show is in New Jersey on July 11th with former Mercenary label-mates, Attacker.