SANHEDRIN To Release The Poisoner Album In February 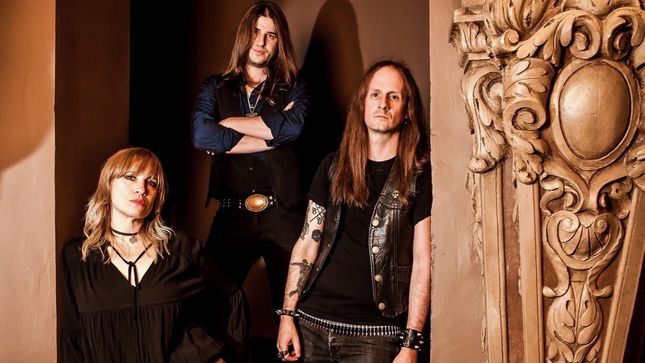 Brooklyn metallers, Sanhedrin, will release their sophomore album, The Poisoner, on February 22nd via Cruz Del Sur Music. Recorded in August and September of this year at Menegroth, The Thousand Caves with Colin Marston at the helm, The Poisoner features eight songs of timeless, classy heavy metal that picks up where the band's acclaimed A Funeral For The World debut left off, with an array of big riffs, catchy vocals and explorations into darker territory than before.

"We had no idea how that record would be received when we released it," begins guitarist Jeremy Sosville, also of Black Anvil. "We knew we were proud of it, but the response from the greater public was quite surprising and humbling. Since then, we've been able to play some great shows and really learn what makes our band unique and build on that."

Sanhedrin, who also feature former Amber Asylum and Lost Goat vocalist/bassist Erica Stoltz and drummer Nathan Honor, used ideas that date back to the formation of the band for The Poisoner in addition to songs that were written around the time of A Funeral For The World's release. The overriding goal, however, was to have an album ready in time for their European live debut next March alongside labelmates Gatekeeper.

"I think all three of us progressed quite a bit as individual players as well as learning to maximize our roles as a collective," says Sosville. "The approach is unique for every song, but it normally starts with me bringing in some riffs that work well together. Erica usually comes up with a vocal line and all three of us convene until we're all happy with the final result. A very important aspect we pay attention to is how all the songs flow together. It's a crucial element to any great record. We certainly did not want to write the same album a second time but we did not want to forsake what makes us Sanhedrin either. Overall, I think this record is a little darker and a little meaner. 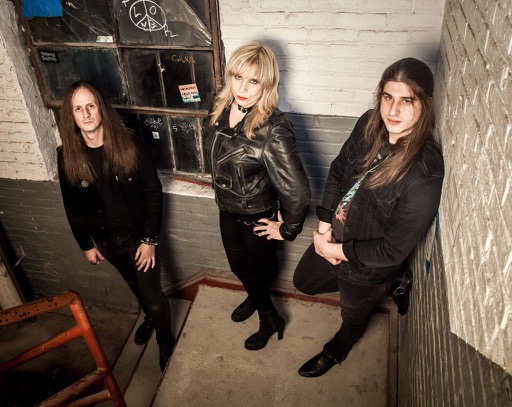 A distinctive element of Sanhedrin is their thought-provoking lyrics, many of which that go deeper than metal's often fantasy and allegory-based themes. On The Poisoner, Sanhedrin addresses real-world themes that can be seen virtually every day in the news. "A lot of the album is about the destructive and chaotic side of human nature," says Stoltz. "The thirst for power, living in a world slipping into a surreal soup of archaic ideas and advanced technology."

After an active 2018 that saw Sanhedrin share the stage with the likes of Eyehategod, The Obsessed, Cauldron, Witch Mountain and Sabbath Assembly (among others), the band is preparing for an even bigger live assault in 2019 behind The Poisoner.

"I hope that the people who support us already are as proud of this record as we are and that we can gain some new supporters with this new material," wraps Sosville. "We work really hard to make music we believe in, so it's gratifying when you can reach more people with it and bring them along for the journey. We're not the biggest band out there, but the people who do follow us have been extremely positive and supportive. We're really grateful for that. I'm probably most excited at the prospect of bringing these songs to as many stages as we can in 2019." 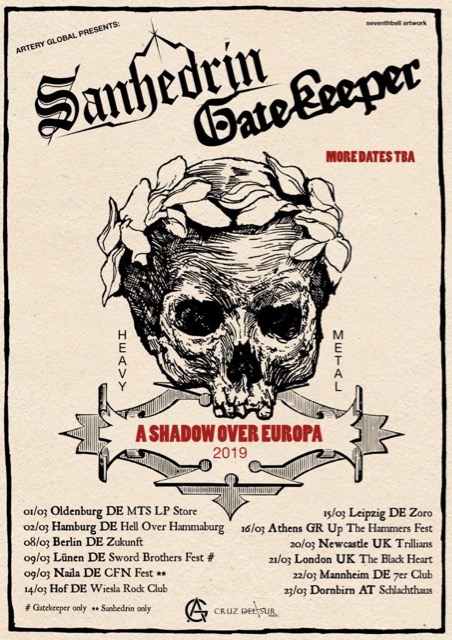