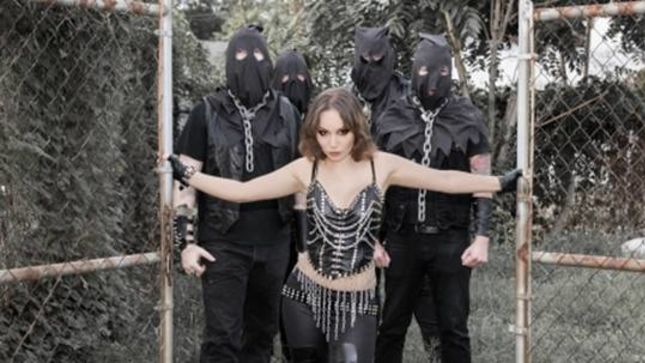 Savage Master will release their debut album, Mask Of The Devil, via Skol Records on Halloween, October 31st. The CD will be distributed in North America by Shadow Kingdom Records. Licensed limited edition vinyl LP will be released on November 20th, via Van Records. The album's cover artwork was painted be the legendary French artist Chris Moyen, responsible for iconic artworks of bands such as Beherit or Blasphemy, and who recently also worked with acts such as Slayer and Possessed.

Mask Of The Devil tracklisting:

“The Ripper In Black”: