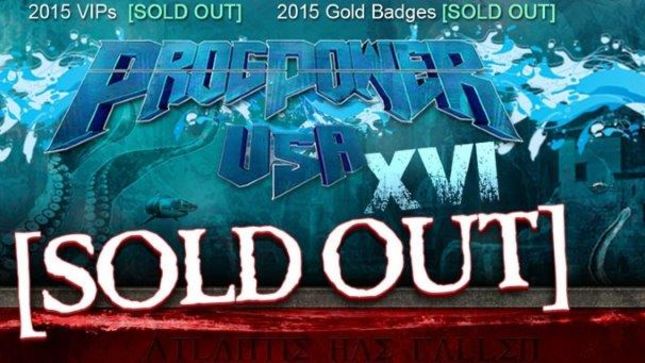 While DC Cooper was originally announced as the headliner for the Thursday, September 10th ProgPower Kick-Off Show, circumstances changed and both Armored Saint (who played the main show in 2013) and the legendary Saxon will now grace Atlanta's Center Stage instead. DC Cooper Enterprises, LLC/Studio747 has issued the following press release:

"It is with great disappointment and sadness the we are announcing the cancellation of the DC Cooper solo performance at the 2015 Atlanta ProgPower USA Kick-Off Party on Sept. 10th. Due to circumstances beyond his control, or anyone else's control, DC Cooper had to make this tough decision to withdraw from the Kick-Off Concert. Hopefully, we will be able to elaborate more on the situation, but at this time, this is all the information we can release." The artist himself added, "I want to thank everyone involved for their professionalism and enthusiasm that helped bring this together up to this point. Nathan Block and his festival team, Dave Watson, Kenny Porter Julian Nieser, and many others! Thank you, and my sincere apologies! Especially my warmest thanks to the fans and friends who were to attend. Your support is never-ending and much appreciated!"

The official ProgPower USA 2015 website can be accessed by clicking here.