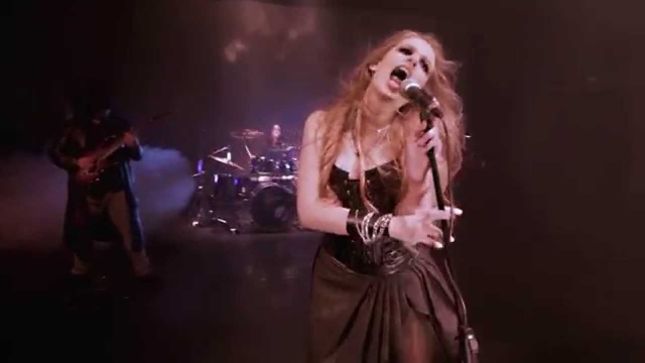 Israeli progressive/symphonic metal group Scardust's acclaimed new concept album, Strangers, is out now. To commemorate the release, the band will host a livestream record release party this Saturday, November 14th at 7 p.m. CET / 6 p.m. GMT / 1 p.m. EST / 10 a.m. PST. The free event, which can be streamed via Facebook, will see the band perform songs from Strangers live for the first time.  In addition, the band will participate in a Q&A with special guest musician Patty Gurdy, who appears on the album’s epic "Concrete Cages". 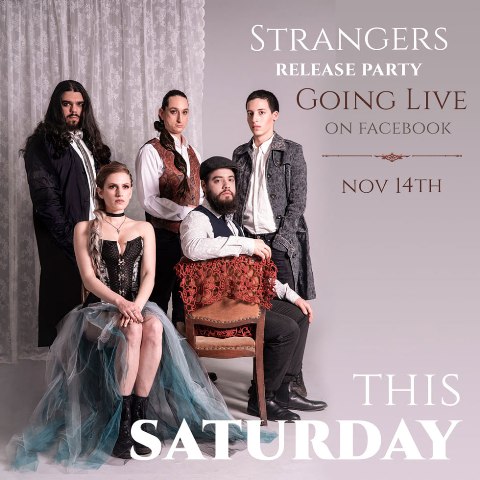 Says vocalist Noa Gruman: “After months of recording and working through quarantine, we want to celebrate with you all! We can’t perform on stage yet, but we can still have a live show on Facebook. Our new album, Strangers, deals with the concept of being estranged. Written from multiple perspectives, it explores the ways in which people can be estranged from one another, from themselves, from society, from their loved ones and even from their own subconsciousness.”

Strangers – released on October 30 by M-Theory Audio – is an intriguing concept album built of complementary song pairs working from the outside in. The first taste of the band's unique vision for their second full-length release was unveiled in September, through the music videos for “Tantibus II” and “Addicted.”

Says vocalist Noa Gruman, “When someone close to your heart is leaving you and you’re breaking down and feeling that you’re left to face the world on your own, the shared memories and moments that you had become 'Stranger.' Being neglected is a fragile and exposed feeling, so in this one song we chose to lose the choir and strings and strip things down to the core musicians. In the video, they are playing the song, but never together, in an obscure, unrealistic location. They are surrounded by concrete pillars and the scene is continuously spinning, leaving the viewer feeling dizzy and uncomfortable. Lyrics pop out here and there to highlight specific parts, and there are also hints of water by the musicians' feet and paint cans lying on the ground. One may wonder why, and it will all be revealed in the other side of the story, told from the side of the neglector.”