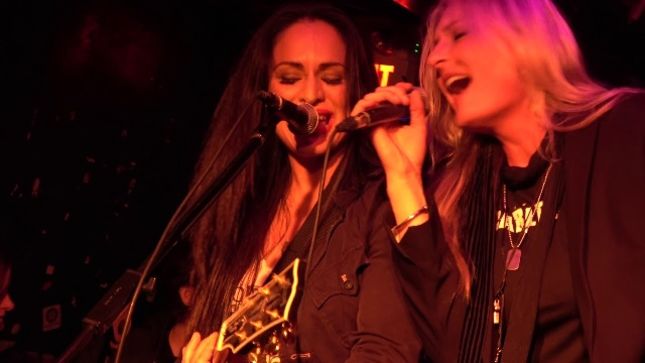 Toronto's Scarlet Sins, who called it quits in 2009 after several years together and only one album (released in 2008), performed two reunion shows in late 2019, on October 19th and November 2nd in Ottawa and Toronto respectively. Video of the band performing "Reborn" and their cover of Depeche Mode's "Strangelove" at the Bovine Sex Club in Toronto is available below.

Scarlet Sins have re-released their debut album via Bandcamp with the following message:

"Time to be reborn... our album is available on BandCamp. Stream or download."

It is available for streaming and for purchase below.

The tracklist is as follows:
"Let Go"
"Drown"
"Above Ground"
"Own Truth"
"With You"
"Reborn"
"Strangelove"
"Are You Worth It"
"Backstabber"
"Broken"
"Fire Inside"
"Entre"
"No Arguments"