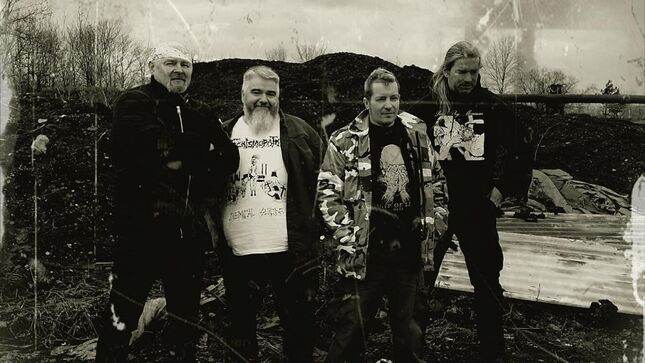 Cult Polish grindcore act Schismopathic is back on the map with their first full-length since its inception in 1988. With 12 new songs recorded with two original members, The Human Legacy is old-school grindcore frenzy at its best. Selfmadegod will issue The Human Legacy in late May, today issuing an official video for the track “Time Of History.”

Founded in 1987 under the name Schismopathic Torment, in 1988 the band changed its name to Schismopathic under the lineup of bassist Jacek B., guitarist Robert F., and vocalist/drummer Robert G. A year later, they released their debut demo, Kharkharamapathic Regurgitator, resulting in a plethora of shows throughout Poland with bands from the top tier of their country’s underground. In 1991, Schismopathic recorded their debut album, D.E.M.O.C.R.A.C.Y., which, due to the band's suspension, was released with the first demo and live recordings in 2013 on CD, and then a few years later on LP via Selfmadegod Records.

The band’s reactivation in 2020 was preceded by a split 7” EP with Antigama, also released through Selfmadegod. The band reactivated in the original lineup but without Robert G., who was replaced on drums by Janek (ex-Psychoneurosis, ex-Bottom) and new vocalist Adrian. With this lineup, Schismopathic composed and recorded material for the full album, The Human Legacy, which will now see release through Selfmadegod Records in May of 2021.

The Human Legacy was recorded and mixed at 125 Studio between May 2020 and March 2021, produced by Michal “Maly” Kwiecień. The record’s intro features Kwiecień and Artur “Janek” Jasiński, and the outro features Sebastian “Stecyk” Steć. The cover art and layout were handled by Jasiński and DIY Zrup Leprzy Prod. The track “Proof Of Ignorance” is a new version of the 1989 track “Construction Of Ignorance,” here re-recorded in a new arrangement with new lyrics.

Selfmadegod Records will release The Human Legacy on CD and digital formats on May 28. Find preorders at the Selfmadegod webshop. 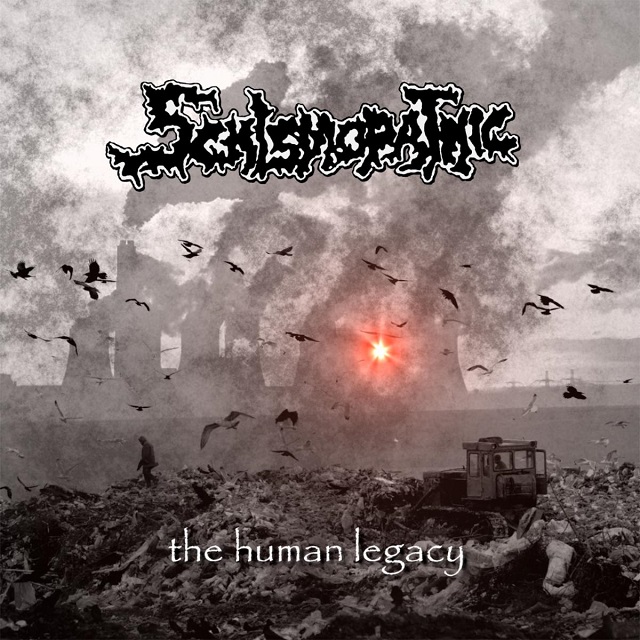 “Intro – The Beginning Of The End”
“Faithful Slaves Of The System”
“Vote For Me”
“What Can You Say Then?”
“Technological Addiction”
“Deviated And Devoted”
“Proof Of Ignorance”
“Single-Use Existence”
“Landfill Site For Human Trash”
“Cut Their Ropes”
“Time Of History”
“Outro – The Human Legacy”