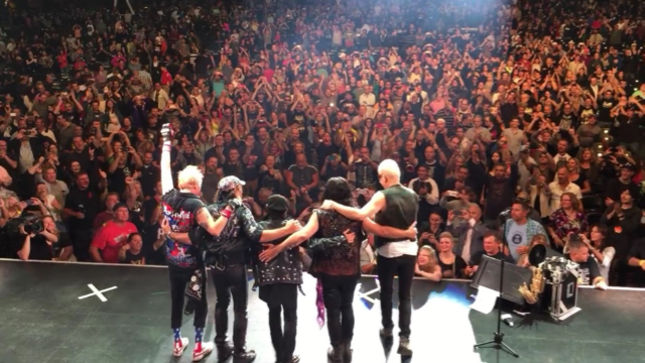 German rockers Scorpions launched the North American leg of their Return To Forever 50th Anniversary Tour last night, September 10th, at Blue Hills Bank Pavilion in Boston, MA. The band’s setlist, as well as some fan-filmed video footage, can be found below.

Encore:
“Still Loving You”
“Rock You Like a Hurricane”

Scorpions, have partnered with Yahoo for their first global live stream performance on Saturday, September 12th, from Barclays Center in Brooklyn, NY.  Fans can tune in at 9:10 PM, ET, to witness the Scorpions Brooklyn debut and enjoy a career-spanning set list of Scorpions' hits, anthems, ballads and vintage classics. The live stream will be available on desktop at this location, or through the Yahoo Screen App on mobile devices (iOS & Android) or connected devices (Apple TV, Roku, Xbox).

On November 6th, Scorpions will release 50th Anniversary Deluxe Editions of their seminal albums Blackout, and Love At First Sting; a new promotional video can be seen below.

In addition to unheard studio tracks and live recordings, the CD releases are equipped with extended booklets featuring rare photos and, single covers, backstage passes and additional liner notes by Edgar Klüsener, a former editor-in-chief of Metal Hammer who has followed the band‘s career closely over several decades. The albums are accompanied with a DVD that contains live concert footage from the respective period, together with TV-performances and in-depth interviews with the band. In these interviews they talk about the background history and the creative process of the respective albums.

Scorpions are celebrating 50 years of rock with the release of their 19th studio album, Return To Forever (Sony Music/Legacy Recordings), out today, September 11th in North America. The album was released in Europe back in February.

The first single, "We Built This House" was released digitally on July 3rd, and is available to fans as an instant-grat for the album pre-order, available at Amazon and iTunes. A new lyric video for the track can be seen below:

Return To Forever celebrates a spectacular global return for Scorpions as the album is already available in many parts of the world breaking and remaining in the Top 10 in multiple markets including Finland, France, Germany, Greece (#1), Hungary, Japan and Switzerland, with continued chart activity in Austria, Belgium, Czech Republic, Holland, Italy, Poland, Portugal, Spain, Sweden, Switzerland and the UK.

When Klaus Meine (vocals), Rudolf Schenker (rhythm guitar) and Matthias Jabs (lead guitar) conceived this record, the idea was to revisit their past, recording updated outtakes and unfinished song ideas from their most famous 80's sessions. Mathias Jabs explains, "There had been quite a few unused songs over the years that were really good, but in the end didn't make the cut back then due to the limited space on vinyl. We focused on eight songs, which were partly finished which we then recorded from scratch. During the work, new song ideas were added. We were having so much fun we suddenly found ourselves in the middle of the songwriting process once again. And in the end, it turned out to be a brand-new Scorpions album after all." 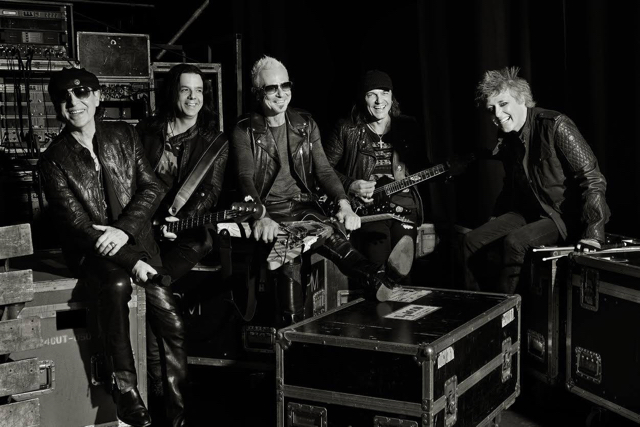 Return To Forever includes first single, "We Built This House," - capturing all the elements that make for the signature Scorpions sound, luring verses with an anthemic chorus - purists will be thrilled! Additional selections include the sweeping "House Of Cards," "Eye Of The Storm" - a track, that transports a notion of the unbelievable dynamic and joy of playing, characterizing Scorpions' stage performances, and "We Built This House" where the band reflects the past fifty years - their philosophy and the lessons their unusual life taught them.

"In the end, it tells our story" said Klaus Meine. "We've built this house called Scorpions brick by brick and often quite arduously. From the first days in Hannover, the first concerts abroad, until this very day. We've weathered severe storms, but the house withstood everything, turned out to be weatherproof and stable. However, building the house was never just cumbersome, but joyful as well. The joy of music, the joy of having experienced and still experiencing it all, the joy of - and the thankfulness for - the fan's affection." 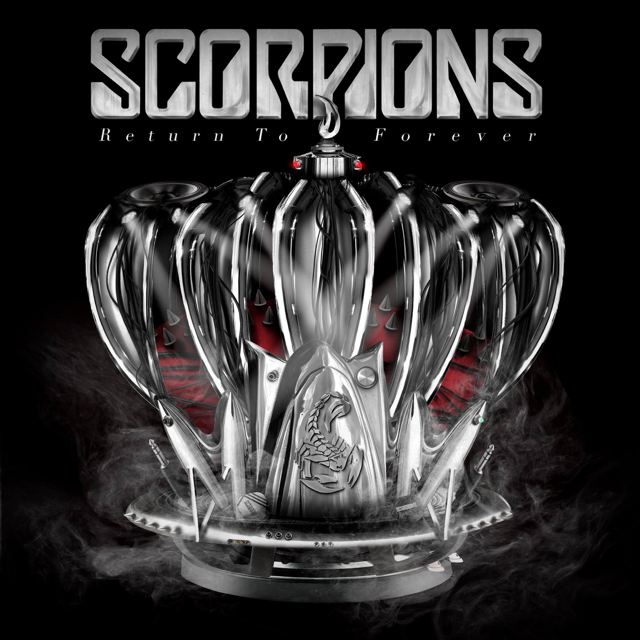 The fact that the 50th band anniversary was coming up, hit Rudolf Schenker rather accidentally: "Not long ago I found an old cash account book of my mom's, in which she meticulously recorded the earnings and expenses of the band from fifty years ago. My parents had lent me the money for the first equipment back then, so they kept a of record of my earnings so I could pay them back in installments. Fifty years is a long time for a working band. Apart from us, only the Rolling Stones, the Beach Boys and The Who have managed to do it. So the timing for the new album is perfect; We're celebrating half a century of Scorpions with the record and the upcoming tour."

Scorpions remain a band able to attract masses of new fans at any given time. A fact that surprises even the musicians themselves, as they gladly admit. "It's really remarkable", says Rudolf Schenker, for example, "how well and mostly unharmed we've survived those years, in which our kind of music seemed to have gotten out of style completely. When the grunge wave hit the shore, we simply went to Asia to tap new markets and gain new fans. We were able to continue playing and keep on winning new friends for our music."

Founded in Hannover, West Germany in 1965, Scorpions were part of the first wave of metal in the 1970's with their debut album, Lonesome Crow, released in 1972. The band rose to arena status with seminal releases Lovedrive, Virgin Killer and Animal Magnetism. In the 80s, Scorpions amassed a string of Billboard chart toppers from Love at First Sting and Blackout, including multiple Top 10 singles "Rock You Like a Hurricane" and "No One Like You," as well a string of successful singles such as "Send Me an Angel," "Still Loving You" and "Winds of Change." The band was also ranked #46 on VH1's Greatest Artists of Hard Rock and their hit "Rock You Like a Hurricane" also landed as #18 on VH1's list of the 100 Greatest Hard Rock Songs. Celebrated across the globe, the iconic rock act have sold more than 100 million albums worldwide, and have received multiple honors including World Music Award winners, a postage stamp in Brazil, their Star on Hollywood Rock Walk, Echo honors, most recently they were honored with the Lower Saxon State Award.