SCORPIONS Perform “Going Out With A Bang” In Brooklyn 2015; Video 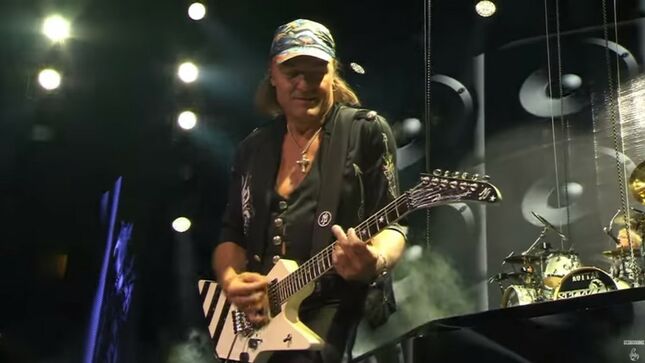 Scorpions have uploaded pro-shot video of “Going Out With A Bang” live from Brooklyn in 2015 as part of their Return To Forever Tour.

Rare video footage of the Scorpions performing the Lovedrive album track, "Can't Get Enough"", live on the German TV show Rockpop In Concert in December 1983 can be seen below. Footage licensed from ZDF Enterprises.

The German legends had previously released footage from their performance live on the German TV show Rockpop In Concert in December 1983. Check out "Can't Get Enough", "The Zoo", "Make It Real", "Dynamite", "Can't Live Without You", "Holiday", "Always Somewhere", "Blackout", and "Coming Home". Footage licensed from ZDF Enterprises.