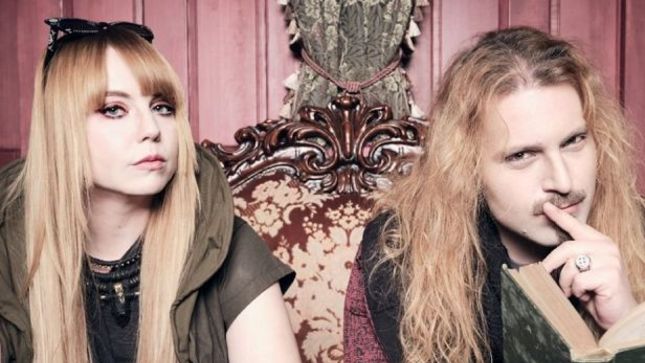 Season Of Ghosts vocalist Sophia and guitarist Zombie Sam have posted a new livestream featuring Sam talking about granny bums, Sophia still doesn't trust the authorities, Sam comes up with the idea to make an official SoG video starring you, and they play Zombie Sam's "The Awake" and SoG's "Genesis - The Phoenix Syndrome".

The clip below features Season Of Ghosts' "official" live acoustic version of Blood Stain Child's "Stargazer". They have been experimenting with this version of the song during livestreams and shot this clip for the fans.