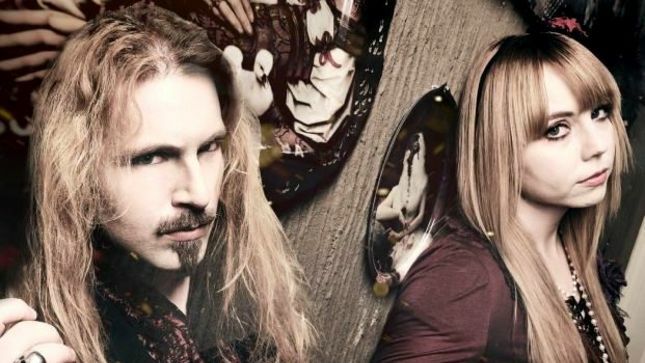 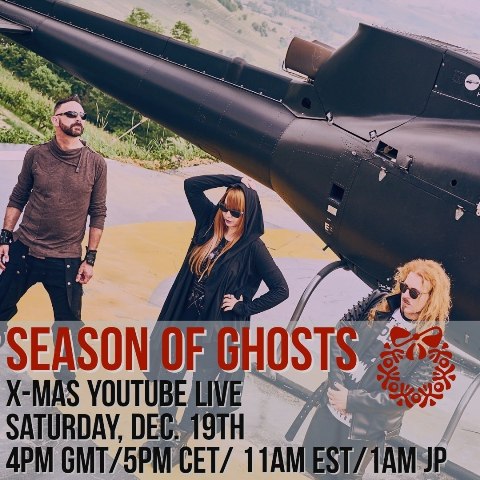 Season Of Ghosts vocalist / founder Sophia Aslanides is featured in a new interview discussing the band's plans for the follow-up to their 2018 album, A Leap Of Faith. Following is an excerpt from the story:

“The first album was just me wanting to combine a million different things," Sophia reveals. "It was like, 'This is going on the album. I don’t care if it doesn’t fit. I’m going to put it in there because it makes sense to me.' Everybody was freaking out and calling me crazy, but that was me manifesting my passion project. I think every artist is guilty of doing that at the beginning, but looking back I wouldn’t change a thing about The Human Paradox. I agree with you, though, that A Leap Of Faith has a much better flow to it, and that’s due to (guitarist) Zombie Sam’s influence.”

“What I promised to myself is that the third album would be more aggressive and more electronic oriented compared to A Leap Of Faith. We’re going to take both albums, the best of both worlds, and add a new element. To be honest, if I wanted to just perform the same thing over and over Sam would boil me alive in a cauldron (laughs). He refuses not to evolve, he is always coming up with new stuff.”

Following an off-the-cuff acoustic rendition of Blood Satin Child's “Stargazer” during one of the dynamic duo’s now infamous Bickering With Sam And Sophia live streams, positive fan reaction convinced them to go in and shoot an “official” live acoustic performance of the song. Since then the push has been on for Season Of Ghosts to record an acoustic album.

“‘Stargazer’ turned out well and that’s thanks to Sam because he came up with the arrangement. We’ve had very persistent requests to release an acoustic album; whether it would be digital or physical or both I don’t know, but we’ve had considerable pressure to do that. It’s going to happen, probably as an EP.”

Season Of Ghosts recently released an official video for "How The Story Ends" exclusively through BraveWords. Check it out below. The track is taken from the band's second studio album, A Leap Of Faith, released October 23rd, 2018.