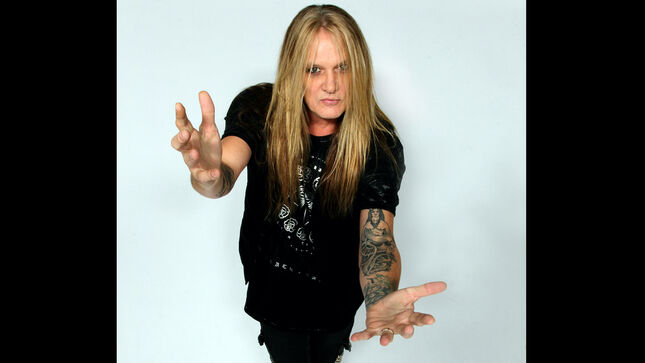 Earlier today, original Skid Row vocalist Sebastian Bach revealed what looks to be a monumental collaboration, via the following announcement on social media:

"COMING SOON: 'She Gets Me High' Run DMC with ME on vocals, Mick Mars from  Motley Crue on Guitar, Duff McKagan from Guns N' Roses on Bass, and Travis Barker from blink-182 on the Drums. The song is a remake of Black Betty by Ram Jam and it kicks complete and total ass in every way!! I CANT WAIT FOR YOU ALL TO CRANK THIS UP!!!!!"

You’ve had some singles out recently, do you think you’ll ever do another solo album?

"Yes! I’m working on it right now, it’s gonna be called America. The single 'America' is out now, I just dropped a song called 'Ghetto Metal', it’s all rock/rap-based. The video’s out on YouTube, I pay homage to Eddie Van Halen, Jimi Hendrix, and to my man Slash who’s still runnin’ around slayin’ people."

"I’m putting out a vinyl EP in about four months, I got a song with Sammy Hagar, I got a song with Joan Jett. The next single we’re dropping in January or February is called 'She Gets Me High' but it’s a remake of “Black Betty” by Ram Jam. It’s me on the mic, Sebastian Bach singing, Mick Mars from Motley Crue on guitar, Travis Barker on drums, and Duff McKagan from Guns N’ Roses on bass."