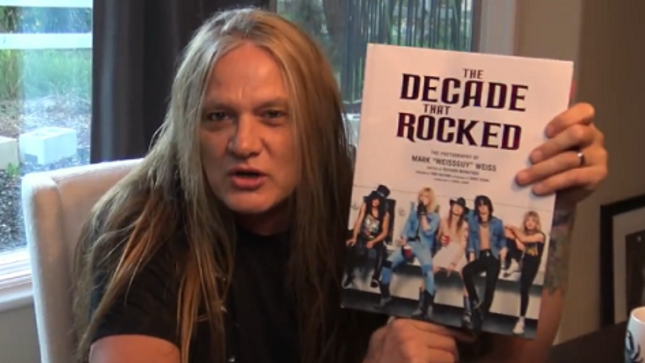 "Mark Weiss has been my friend since 1987," says Sebastian Bach. "I have read pretty much every rock 'n' roll biography there is worth reading, and you never know what to expect when you pick up a new book."

"Well, let me tell you Mark Weiss has raised the bar for rock 'n' roll books with The Decade That Rocked. Mark has always been at the top of his field, and the level of detail and quality put into this book is the ultimate testament to his rock n' roll photographic legacy. The Decade That Rocked can be ordered at TheDecadeThatRocked.com. CONGRATS MARK!!!! AMAZING WORK!"